Now We're Onto Something! 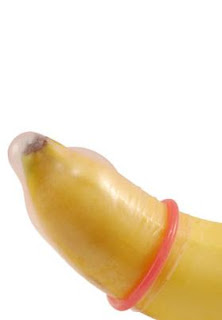 Abbie Smith, who is as smart and funny as any of the science bloggers (if not always as understandable to resolutely old people ... like me), has some farcical/tragic quotes from politicians ... Zimbabwe politicians ... from the land that gave us Robert Mugabe.*

But Abbie misses the possibilities of this:

Sithembile Mlotshwa, the MDC-T Senator for Matobo, recently suggested that Zimbabweans must be limited to one sexual encounter per month. Men, she said, should be administered a drug that reduces their libido.

I agree! ... every red blooded, patriotic, Republican (male) politician who wants to legally rape a woman with a government-imposed transvaginal sonogram could hardly object to a simple procedure to reduce abortions such as taking a little pill ... right?

It's not like we have any dearth of red blooded, patriotic, Republican (male) politicians sticking their dicks in places they don't belong ... is it?