In Which I Am Conflicted 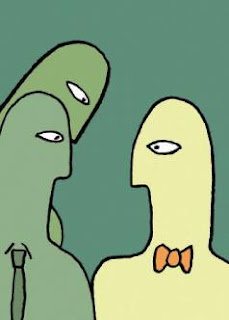 Jerry Coyne follows up about the death of Randy "Mack" Wolford, a snake-handing Pentecostal preacher, who was done in by one of his rattlesnakes.

Specifically, he refers to an article in the "Lifestyle" section of The Washington Post: "Why I watched a snake-handling pastor die for his faith" by Lauren Pond, who was on the scene of the fatal bite because she's doing a documentary on snake handling.

Jerry endorses a comment on the article by Grania Spingies of Atheist Ireland:


The nauseating aspect is how much the reporter tries to find something good and positive in this tragedy, because you know, faith is good, and unwavering faith must be even better. Even though she is clearly troubled by the stupid and primitive practices of this church, she feels she has to write positively about deep convictions and how this has helped her "understand" - although she never elaborates what "understanding" she has gleaned from watching a man die an agonizing death while his family stood around sadly.

People respect the mere word "religion" so much that they fall over themselves trying to praise a nonsensical belief that not only led a man cause his own senseless and needless death, but paralyzed his evidently loving family to stand around mutely when they should have been trying to save him.

He didn't die for his faith, he died for his stupidity. There isn't anything praiseworthy about it.

First of all, that's not at all what Pond said:


The practices of the Signs Following faith remain an enigma to many. How can people be foolish enough to interpret Mark 16: 17-18 so literally: to ingest poison, such as strychnine, which Mack also allegedly did at Sunday's ceremony; to handle venomous snakes; and, most incomprehensible of all, not to seek medical treatment if bitten? Because of this reaction, many members of this religious community are hesitant to speak to the media, let alone be photographed.

But Mack was different. He allowed me to see what life was like for a serpent-handler outside church, which helped me better understand the controversial religious practice, and, I think, helped me add nuance to my photographs. His passing, my first vivid encounter with death, was both a personal and professional loss for me.

I decided to attend the worship service Mack was holding at Panther Wildlife Management Area, in the southwestern part of the state, on a whim, thinking that it would be good to see him again, and that I'd make the seven-hour drive back to Washington the following morning. But I haven't returned. I have been staying at a friend's house close to Bluefield, speaking with Mack's family members, and gradually allowing myself to feel some of the raw emotion that has been percolating for days. (Emphasis added)

Clearly, Pond was not saying she found something "good and positive" in Wolford's faith; she is saying she better understood Wolford's humanity, which she hopes was caught in her photographs, and about her own emotions.

Take, on the other hand, the stunt man who jumped from 2399 feet without deploying a parachute into a pile of cardboard boxes. It was every bit or more dangerous as handling a rattlesnake.

And what should we make of the attempts of Pliny the Elder, and generations of volcanologists after him, to get as close to volcanic eruptions as possible?

Don't get me wrong. By my own lights, risking your life for knowledge is far more "understandable" than risking it for fame and glory or for some ... to be kind ... obscure religious belief.

But I know of no way to objectively differentiate between them. People do dangerous things for many reasons. The most we can hope to do is understand them, and those around them, as people.
Link - Posted by John Pieret @ 7:52 PM

Comments:
Great and thoughtful post. Just speculating here that that snake-handling minister, if he had been an atheist, might well have been riding a barrel down Niagara Falls.

On the black humor side of things, I have a neighbor who is an anaesthesiologist who works in an ER.

She says a lot of her patients' last words before she sees them are: "Hey, WATCH THIS!"

Well, that certainly makes sense. I mean, it couldn't possibly be that a crazy person who handles poisonous snakes because of his unjustified belief in an insane theology has any inherent negative aspects at all!

Well, he wouldn't qualify for the Darwin Awards since he apparently has a child.

But I would criticize the photographer for not calling the paramedics. She wasn't in desert among famine victims, where there are literally thousands of people who need help in a situation out of anyone's controll. She was here in the US in a situation where the only thing stopping help from coming is religious belief.

The question is, does respecting that belief extend to endorsing that belief personally? The answer - to me - is no. Make the call. If the guy wanted to refuse treatment, he still could.

But I would criticize the photographer for not calling the paramedics.

Yeah. I tend to think I would have done that no matter what. Still, it's one thing to imagine what you'd do and being actually in the situation.

I mean, it couldn't possibly be that a crazy person who handles poisonous snakes because of his unjustified belief in an insane theology has any inherent negative aspects at all!

I agree that Coyne, et al. have every right to criticize an unjustified belief in an insane theology and that snake handling qualifies.

I don't think they have the right to call someone who is conflicted about people who they have come to know as fellow human beings, no matter how insane their actions may be, "nauseating" for expressing that feeling.

Wait, you really don't see anyway to objectively differentiate between risking your life in an attempt to add to the collective wisdom of humankind (which might lead to life saving knowledge) and doing so for thrills or because of idiotic superstitions?

Wait, you really don't see anyway to objectively differentiate between risking your life in an attempt to add to the collective wisdom of humankind (which might lead to life saving knowledge) and doing so for thrills or because of idiotic superstitions?

Objectively? Because someone seeks glory or thrills by gathering allegedly "life saving" knowledge (which may be nothing of the sort) or because of they have the idiotic belief that it will be useful to anyone?

As I said, by my own lights, risking your life for knowledge is far more "understandable," but it is something that can only be known in retrospect. The person in front of me could be just as crazed as Wolford despite his or her aspirations.

I actually talked to two professional photographers about this - one who in the course of the conversation told me he was an atheist.

The atheist said he'd probably have done the same thing as the photographer in question - let it run its course. His reasoning - which I can respect but wouldn't personally follow - is that the guy was an adult and theoretically knew the risks. And he brought up the value in letting events take their course and recording them so others could learn from them.

The other photographer would have called the paramedics. He said the person got too attached to their subject, and we talked about the value of having an editor - someone you can go to to hash out possible scenarios when you're going to essentially be embedded with a subject over time, so that you have those in mind before they happen and have a better chance of acting independently.

Is there any other kind?

Of course there are more thrill seekers & lunatics that get themselves offed than scientists doing their jobs. But the relative numbers isn't relevant.

Let me give you an example; the vulcanologists that died while taking measurements when Mt. St. Helens blew. They were attempting to gain knowledge that might help us better predict when volcanoes are going to erupt, which could save lives.

You can't see any "objective" difference between them and this asshat that got himself dead because of his religion?

You are assuming that their motivation was to gain knowledge that might help us better predict when volcanoes are going to erupt when, in fact, it might be the excitement of being near something so grandly dangerous or a desire to advance their careers.

I'm not trying to denigrate those people, just trying to point out that they were people ... messy, complex, difficult to know people.

I assume that most like most scientists their primary motivation was curiosity. But again, that they may have other motivations besides making the world a better place doesn't take away from the fact that this was one of their reasons for being there despite the danger to themselves. Or rather himself (I thought it was more than one).

The guy was David Johnston, who was filling in for another geologist who couldn't make it to the monitoring station. See: http://en.wikipedia.org/wiki/David_A._Johnston

No doubt he wasn't a saint, thinking only of others, but that even part of his motivation (and apparently according to his colleagues it was a big part) was saving lives in the future, puts him and other like him in a different category from someone who dies while skydiving or by getting bitten by the rattlesnake they were holding during the throws of a religious frenzy.

It seem odd to me that you seem determined to see no such distinction.

I didn't say I didn't see any distinction. I said by my own lights, risking your life for knowledge is far more understandable. I just don't know how to objectively differentiate between people who do dangerous things ... and certainly not if we don't get to know them.

I would say the difference is one of calculation. Whether you are just a thrill seeker or gathering knowledge, chances are you've weighed the relative risks (this of course assumes we are not talking about the Jackass style of thrillseeker). On the other hand, if you do something based on faith, it's an all or nothing game. The real risks of the dangerous situation must be secondary (or irrelevant) to your faith that divine intervention will keep you safe. Jumping from a great height onto a cardboard cushion isn't quite the same as a leap of faith. One expects the cardboard to cushion the fall. The other doesn't expect to fall at all.

It's tragic that the Priest died of snake bite, as this incident could have been avoided if he had taken a snake handling course.