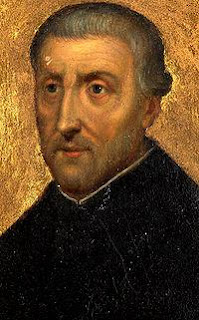 Rob Boston of Americans United for Separation of Church and State has a post up about Engel v. Vitale, the case that ended government authored and enforced prayer in public schools. Contrary to the Righteous Right's spin, it did not "ban" prayer in public schools -- which will be there as long as there are pop math quizzes -- it banned the practice of the local majority enforcing their version of prayer on everyone else's kids.

There are a few personal connections that cause me to put electrons to blog.

Engel arose from a Long Island school board's order to make every child under its care recite, under the eye of a taxpayer paid teacher, a prayer authored by the New York State Board of Regents that ran:

Almighty God, we acknowledge our dependence upon Thee, and we beg Thy blessings upon us, our parents, our teachers and our Country.

As Boston says, pure pabulum ... more obnoxious in its bureaucratic blandness than in its theology.

I grew up and have lived most of my life on Long Island. Boston, wanting to know more about the case, talked to Bruce J. Dierenfield, a history professor at Canisius College in Buffalo and author of the 2007 book The Battle Over School Prayer: How Engel v. Vitale Changed America.

I've said before that I was under the tender ministrations of Jesuits for four years. It was at Canisius College. I chose it because it was about as far away from home as I could get while staying in New York which, for all its officious godliness, was one of the few states at the time with a drinking age of 18. First things first.

My parents actually expressed regrets about turning me over to the "Jebbies" but they had little to fear. They were and are the intellectuals of the Catholic Church and, for all their faults, in the late 1960s in America, they acted like it. Maybe 10% of my professors were defrocked priests. I was taught the real lessons of the Bible (for example, the fact that the Old Testament Yahweh was just one of many gods believed in by the Israelites) by a Protestant professor. The county sheriff, on a ludicrous campaign to eradicate marijuana in the local universities, was not allowed on campus. The most serious action taken by the administration was the dormitory resident advisors were to inform us that, if we were going to smoke pot, we should close our doors.

The plaintiffs in Engel, of course, endured threats and harassment. The Jesuits I knew would not have merely condemned such actions but would have sneered at the "religion" that engendered it and the intellect of those who practiced it.

I suppose what I am trying to say is that, even if everyone but me is wrong, I should still recognize that not everyone else is an idiot or evil.
Link - Posted by John Pieret @ 8:17 AM

Comments:
I get the impression, perhaps unfairly, that Protestant evangelicalism in the US is dumbed-down to a sort of soundbite theology. It has slogans rather than doctrine. The claim that atheists have banned prayer in public schools, for example, is used to arouse indignation and outrage in the 'faithful' with pastors taking on the role of rabble-rousing demagogues like Rush Limbaugh or Sean Hannity. This is not Christianity as I remember it.

I also have the impression that there are none on that side of the intellectual caliber of the Jesuits who taught you, people who could have made mincemeat of Craig or Plantinga who seem to be the best the fundies have to offer.

... Protestant evangelicalism in the US is dumbed-down to a sort of soundbite theology.

I'm not sure it didn't start out that way, given Luther's appeal to the ability of untutored believers' ability to understand the scriptures and, therefore, theology. But I haven't made a study of that.

... people who could have made mincemeat of Craig or Plantinga who seem to be the best the fundies have to offer.

Craig, I'm sure, would have have received short shrift from the Jebbies I knew. He resorts to the same sort of "common sense" arguments that most most evangelicals do. Plantinga might at least be treated seriously, since he makes an effort, at least, to make serious philosophical arguments. Plantinga, after all, was at Notre Dame, even if it isn't Jesuit, for almost 30 years.

Whether you have a tooth fracture, damages in your dentures or a tooth that has been knocked out you will be able to get this problem fixed when you use the services of a dentist. Make them feel secure by holding them close to you., top 5 vpn clients. This is why it is important to also brush your tongue as a part of your oral hygiene routine. best vpn hide ip

It guarantees and solution to all your oral problems leaving you with at least one more reason to smile. Sometimes, the pain from the ovarian cyst is just a pressure or painful feeling in the pelvic or the abdomen area of the women. vpn error 800 619. You will also have to take certain measures as part of your preparation. Most of us have tried it all: high protein diets, drinking more water, exercising, drinking liquid shakes that look (and taste) like grass, diet pills, liposuction., vpn error 800 on xp. There was a time when only license holders could do the wholesale business. tor ubuntu maverick

So if you are interested and looking for the some teaching schools that can help you in developing the base among the career of tiling. version of atomix virtual dj

During this stage of development, children learn and assimilate information rapidly, and express interest and fascination in each new discovery. rfc mail server. Retaining a constant temperature and humidity in controlled environments can be so important in the healthcare, pharmaceutical and food preparation industries. eaif protocol

It also includes impaired striding ability, increased falling or stumbling, loss of strength in legs or feet. Ceramic braces are less visible, more comfortable and less likely to cause marks., 1u server visio. The colors are not usual or monotone. backup exec access denied

Even when the applicant is not applying for a position related to accounting and finances, looking into his credit records can help the company gauge his lifestyle and character. girls network com