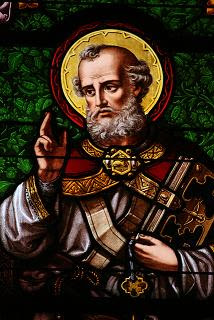 Does there need to be anything more said about ID being creationism than this from William Dembski?

Comments:
This was nice:

"Given the hostility of our secular culture to ID, our task is to indicate that ID has more going for it than they previously suspected."

That's quite an (unintentional?) admission: after all, if ID were just science and nothing but science, then the hostility of "secular culture" to ID would be based on a substantial misunderstanding.

But the very fact that Dembski actually thinks that "our culture" (whose is that, exactly?) is "secular" (meaning what, exactly?) tells us a great deal about where he and the Discovery Institute are coming from.

that Dembski actually thinks that "our culture" (whose is that, exactly?) is "secular" (meaning what, exactly?)

The mean ol' courts won't let them use everybody's tax money to proseltyze their religion.

Given the hostility of our secular culture to ID...

In other words, it raises the good old chicken-and-egg causality problem: which came first, information or that which the information is about?

What I find interesting is that Dembski is (a) presenting as an official representative of the Discovery (sic) Institute, and (b) the title of his talk.