Of Chickens, Homes and Roosts 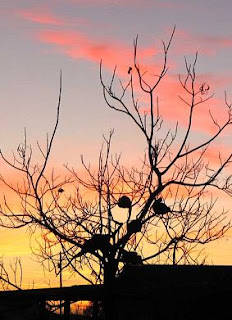 This is deliciously ironic.

Rep. Valarie Hodges, R-Watson, says she had no idea that Gov. Bobby Jindal's overhaul of the state's educational system might mean taxpayer support of Muslim schools.

"I actually support funding for teaching the fundamentals of America's Founding Fathers' religion, which is Christianity, in public schools or private schools," the District 64 Representative said Monday.

"I liked the idea of giving parents the option of sending their children to a public school or a Christian school," Hodges said.

She's heard of people called "Founding Fathers" but hasn't a clue about what they did ... as in writing a Constitution and Bill of Rights.

But it gets better:

The Livingston Parish School Board voted unanimously June 21 to join 19 other school districts in a lawsuit against the state, challenging the constitutionality of Act 2 (formerly HB976).

School Superintendent Bill Spear said that 124 of the 125 voucher-approved schools have some sort of religious affiliation. ...

The new system improperly uses public school funding for vouchers to pay tuition to private schools, including those run by religious groups, according to the lawsuit.

That would be the same Livingston Parish School Board that was so dumb that they couldn't understand the nudge, nudge, wink, wink of the Undiscovery Institute-inspired Louisiana Science [sic] Education [sic] Act and thought it meant they could teach outright creationism, giving Bruce Chapman apoplexy.


And, after all, the public schools can teach religion as well or better than private schools anyway.

But the cherry on the top is this:

Hodges said she was sympathetic with the Governor's overall goal of bringing "meaningful reform to our education system, because we are next to the last in the nation."

Comments:
Hodges said she was sympathetic with the Governor's overall goal of bringing "meaningful reform to our education system, because we are next to the last in the nation."

Gotta admire the Governor's persistence. He won't rest until they're last.