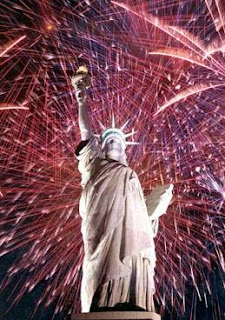 There are certain things you can expect on the Fourth of July ... picnics ... fireworks ... the Discovery [sic] Institute lying about Thomas Jefferson ...


Jefferson was a providentialist ... he believed in an ultimately benevolent God. He believed it was rational to believe in such a God.

However, unless you are a lying pack of PR hacks, there is no reason to believe that Thomas Jefferson would need the ACLU to remind him about the difference between theology and science.

I wish I could say that it takes a special kind of scum to try to use the Fourth as an occasion for deceptive political rhetoric ... but I can't ... we'll get plenty of that today.

But there is no reason not to point out the pipsqueaks while they are at it.
.
Link - Posted by John Pieret @ 6:36 AM

Comments:
This would be the same Jefferson who wrote:

I am for freedom of religion, and against all maneuvers to bring about a legal ascendancy of one sect over another.

Ministers of the Gospel are excluded [from serving as Visitors of the county Elementary Schools] to avoid jealousy from the other sects, were the public education committed to the ministers of a particular one; and with more reason than in the case of their exclusion from the legislative and executive functions.

Yep, the same. And this as well:

[N]o man shall be compelled to frequent or support any religious worship, place, or ministry whatsoever, nor shall be enforced, restrained, molested, or burthened in his body or goods, nor shall otherwise suffer on account of his religious opinions or belief; but that all men shall be free to profess, and by argument to maintain, their opinion in matters of religion, and that the same shall in no wise diminish enlarge, or affect their civil capacities.

And that was supposed to include "the Jew and the Gentile, the Christian and Mahometan, the Hindoo, and infidel of every denomination".