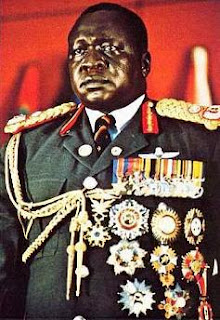 There's nothing wrong with a commander attending, even publicizing and encouraging ... a good and positive event for the morale and the welfare of military personnel.

There's nothing wrong with a commander saying, 'This is an event that I support and I am going to.' You're encouraged to go, but you are not ordered to go.

Of course, you can believe your military commander, the person who holds your career literally in his/her hands, when you are told that this or that prayer-fest is good for the morale and the welfare of your fellow soldiers, and who [cough] suggests you attend, that there will be no repercussions if you don't.

Riiight! We all believe that!

"As I understand, Mikey Weinstein's [founder of the Military Religious Freedom Foundation] interpretation of the First Amendment is that we have freedom from religion instead of freedom of religion." Crews said. "Just because someone puts on the uniform does not mean that they give up their God-given, constitutionally protected religious liberties."

Why, yes, every American has the constitutionally protected freedom from government-imposed religion, including the use of intimidation by government superiors over their subordinates.

Imagine if an atheist commander "suggested" that his or her subordinates attend the Rock Beyond Belief festival because it was a "positive event for the morale and the welfare of military personnel."

The screams from Crews and the rest of the Religious Right would be deafening.
Link - Posted by John Pieret @ 9:33 PM

Comments:
Trying to get my head wrapped around how one literally holds a career in one's hands.

OK, the military commander can, literally, all but destroy a subordinates career. It's the "in his/her hands" that is the metaphor

Atheists in the military should respond by modifying the old catchphrase to "Praiee the ammunition and pass on the Lord".