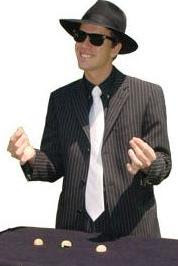 There is an nice article at something called God Discussion, a site purportedly "for people exploring religion and sometimes controversial views about belief and gods." It is entitled "A Look at the State Republican Platforms: More than 1 in 5 state parties agree, creationism should be taught as science," and it says much about the antiscientific nature of the party, at least at the grassroots level.

By all means go look at it. Among the things that it does is review some of the state Republican Party platforms. Try not to let your head explode.

But this one deserves notice:

The 2011 platform of the Republican Party of Oklahoma states in its section on education:

4. We believe that the scientific evidence supporting Intelligent Design and biblical creation should be included in Oklahoma public schools curricula. And where any evolution theory is taught, both should receive equal funding, class time, and material.

But, hey! It doesn't cost the Republican establishment anything to promise the impossible to the rubes or even to let the rubes write clearly unconstitutional planks into the platform ... as long as the rubes keep contributing and voting against their own interests.

Hucksters will always triumph over the rubes.
Link - Posted by John Pieret @ 10:01 PM

Comments:
How would they come up with equal material for Creationism? After Genesis 1 & 2, that's about it.

If I were a teacher required to do this, I'm sure I could find enough creation myths worldwide to fill in the time. In alphabetical order of name of deity, to avoid favoritism.

I suppose they might decide that's not what they wanted.

I'm sure I could find enough creation myths worldwide to fill in the time.

Nope! The Republithugs were quite specific that it has to be biblical creation. We don't need no steenkin Nativive American myths in science class!

How would they come up with equal material for Creationism?

Oh, heck ... go look at AiG and the Disco 'Tute sites. While there is no substance there, there are plenty of empty words to take up the time of children who aren't being educated.