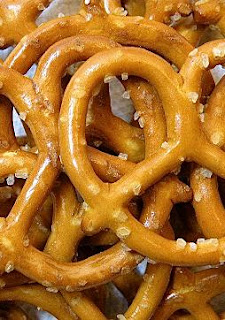 I can see legal problems for this effort, particularly around interference with "parental rights." Even where laws have been passed allowing prosecution of parents who believe in faith healing for not getting medical treatment for their kids, there has never been any attempt to ban faith healing outright. On the other hand, the state does have the right and duty to protect children from abuse and irrational attempts to change sexual orientation could certainly qualify. If this legislation is enacted, it will be interesting to watch how it fares in the courts.

But given my warped sense of humor, I couldn't let this pass:

David Pickup, a Glendale, Calif. therapist said he's been a member of NARTH [National Association for Research and Therapy of Homosexuality] for more than eight years. He told Fox News that he went through his own SOCE treatment and uses it to treat his patients.

Pickup said that although he's had thousands of sexual interactions with men, he never identified himself as being gay.

"I describe myself as being a heterosexual man with a homosexual challenge," Pickup said, adding that after his own SOCE treatment he had feelings for women and now only experienced attractions towards men "once in a blue moon."

Quite apart from his name, the ridiculousness of Mr. Pickup trying to cram himself into a category of "a heterosexual man" when he has had "thousands" of homosexual encounters and still has sexual attraction to men, no matter how much he tries to minimize it, is excruciatingly obvious. Human sexuality is, of course, a spectrum and cannot be so easily delineated. "Heterosexual," "bisexual," "homosexual," "lesbian," "transsexual," and so forth are all approximations of our gloriously complex humanity and how we react to each other.

The sad thing is how Pickup feels so constrained by the particular group (almost certainly conservative Christianity) that he wants to identify with that he has to bend himself into a mental pretzel to do it.
Link - Posted by John Pieret @ 8:44 AM

Comments:
My understanding is that if a doctor forces a treatment on a patient without their consent, even if for the best of motives, that can count as an assault.

Presumably, if a doctor forces an unproven treatment on a patient, for a condition that is not regarded as a medical disorder, that would be grounds for action not only for assault but for medical malpractice.

It seems to me that the concept of parental rights assumes that parents will act in the best interests of children who are judged to be too young to provide informed consent themselves and I would expect that to be true in most cases. The question is whether those rights extend to the coercion or imposition of a "therapy" for a condition which may be morally offensive to the parents but is not a recognized medical disorder.

Perhaps the best approach is not to take action against parents but against the so-called therapists themselves. If they found themselves liable to prosecution that should put an end to it in short order.

Like you, however I do enjoy examples of nominative determinism

Perhaps the best approach is not to take action against parents but against the so-called therapists themselves. If they found themselves liable to prosecution that should put an end to it in short order.

Yeah, but that would require the medical/psychiatric community to agree to impose criminal penalties (no legislature is going to impose those on medicos without an agreement that such actions are not merely unwarranted but unethical). It might be more possible, at least in certain areas of the US, for the victems of this "treatment" to go after the the therapists in civil court for malpractice.