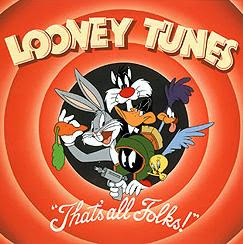 Remember Tom Ritter, the loony tunes former high school physics and chemistry teacher who sued the Blue Mt. (Pennsylvania) School District for teaching "Atheism," in contravention to the Establishment Clause, because it was teaching evolution? Well,

Atheism ignores the Laws of Thermodynamics.

The Second Law says we are constantly converting useful energy into waste heat. There is plenty of evidence for this, none for the contrary and this is ongoing. The First Law says the amount of total energy is fixed. We may safely predict, therefore, that at some point in the future the universe will run out of useful energy and all reactions will stop for want of energy.

What will happen then?

And why the interval of this present existence?

Like those who dismiss photographs of a round Earth, those who say there is no God (Atheists) are the modern home of the Flat Earth Society.

(Tom Ritter taught academic physics and chemistry for over a decade in a Pennsylvania public high school and was, to hear his students, a great teacher.)

P.S. Atheism is properly capitalized because it is a religion, that is something based on an article of faith, which in turn is something important that cannot be proved. The existence of God (or not in the case of Atheists) is a good example.

What will happen then? Uhhh ... nothing?

And does Ritter have photographs (or any other empiric evidence) of God? Or is this just another excruciating example of projection?

By the way, one reason you haven't heard of Ritter lately is that the Federal court, on its own motion, dismissed his suit less than 4 months after he filed it. You see, Ritter not only filed suit pro se (without a lawyer) but in forma pauperis (as a "pauper" who cannot afford the court fees). In such circumstances, the court screens his complaint to insure it is not frivolous. His first complaint was found to not state a cause of action but he was given a chance to amend it. He did no better the second time. As the court said:

We find that our Plaintiff has not properly alleged that Defendant Blue Mountain School District's primary purpose of teaching evolution in the public schools was to advance any religion. Plaintiff merely avers that teaching evolution "is actually Atheism (no Creator = no God)" and, that "it is illegal to teach Atheism in the public schools." (Doc. 4, p. 1). We do not find that Plaintiff's attempted logic sufficiently shows, for purposes of his First Amendment claim, that Defendant's teaching of evolution amounts to teaching any religion or atheism. Thus, we find that Plaintiff has failed to allege that Defendant 's policy of teaching evolution had a non-secular purpose. We find no religious purpose is properly alleged with respect to Defendant 's policy. We find that the policy of Blue Mountain School District clearly has only a secular purpose. In fact, as the Kitzmiller Court pointed out, in Epperson, the Supreme Court struck down Arkansas's statutory prohibition against teaching evolution. Therefore, based on Epperson, if the state enacted a law forbidding the teaching of evolution in public schools for religious reasons, it would be unconstitutional. 393 U.S. at 103. See also Edwards v. Aguillard, 482 U.S. 578 (1987); Good News Club v. Milford Central School, 533 U.S. 98, 116 (2001) (Supreme Court in Edwards held that "a Louisiana law that proscribed the teaching of evolution as part of the public school curriculum, unless accompanied by a lesson on creationism, violated the Establishment Clause.").

Thus, Plaintiff Ritter seeks, in part, relief, i.e. for this Court to declare Defendant Blue Mountain School District's policy of teaching evolution violates the Establishment Clause, which may be unconstitutional based on Epperson.

Comments:
John Freshwater is making the same argument in his appeal to the Ohio Supreme Court. For example, his Merit Brief claims

Not only does the Board’s censorship of creation science based solely on its consistency with major world religions demonstrate hostility toward religion, it also demonstrates a favoritism of the religion of “secular humanism.”

On a related topic, John, do you have any insight into the legitimacy of the bait and switch Freshwater pulled on the Ohio SC (also at that link, referring to Proposition of Law II)?

Unfortunately, I only saw your post late last night and haven't had a chance to puruse it or the underlying law and briefs. But a change from firing him for *diplaying* religious texts to firing him for *teaching* from supplemental material that is friendly to religion (how else could banning those materials be hostility to religion) is not likely to be overlooked by the court. One possible reason the court took that part of the appeal is to state clearly that classrooms are not public forums (even limited public forums) and that the school can control the speech that goes on there. Now that he's making a different argument, they might just say that they can't hear it. I saw somewhere that the Ohio Supreme Court has very limited jurisdiction of the matters it can hear but I don't remember the details.