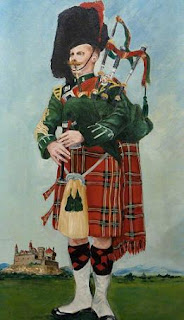 John Blake has a long article about President Obama's religious beliefs and the reactions to it by the Rabid Religious Right.

Some of it is just funny:


The Rev. Steven Andrew, author of "Making a Strong Nation," says Obama is trying to change the national motto from "In God we Trust" to "Out of Many, One" ...

Um ... E pluribus unum has been on the Great Seal of the United States since it was adopted by Congress in 1782 and was generally considered the motto of the US until 1956 when, during the height of the cold war hysteria, Congress adopted "In God We Trust." Who's changing what?


My Favorite part of the Bible is where Jesus gives money to the rich, tells the poor to suck it up and asks for Caesar's birth certificate.

But here's my favorite part:


Obama's support of same-sex marriage and abortion rights also disqualifies him from being a Christian, Cass says.

"It's the most pro-abortion administration in the history of America. On every social issue – the sanctity of life and of marriage between men and women – Obama is on the wrong side of every moral issue," he says.

He says a progressive Christian is a contradiction.

"No Christian says I believe in Jesus Christ and I reject the Bible," Cass says. "These progressives who say they're Christians are liars. They're using Christianity as a guise to advance their own agenda."

... Says the very people who are urging ministers to electioneer from the pulpit. Of course, there are millions of Catholics, Episcopalians, Presbyterians, etc., etc. who agree that gay marriage has nothing to do with the "sanctity" of marriage and that, at least within rational limits, women's medical decisions are their own.

Cass is just waiting for the True Scotsman to show up.

Comments:
"No Christian says I believe in Jesus Christ and I reject the Bible"

. . . except that rejecting the Old Testament for the New Testament is precisely what it is to be Christian. Someone really should point that out to him.

Someone really should point that out to him.

It wouldn't matter ... they never read the thing anyway, they just quote mine it to support what they believe already.

If I still believed in such a thing, I would suspect one of these so-called Christian pastors - or maybe many of them - of being the anti-Christ. After all, what better way to subvert a faith than from within?

I would suspect one of these so-called Christian pastors - or maybe many of them - of being the anti-Christ.

Well, they are all crying about how church membership is declining ... they just can't figure out how to look in a mirror.

Exactly. Just like poor ol' Ken Ham can't figure out that it's because of shyster like him that so many young folks are Already Gone.

Oh! You meant Ham's delusional theory that you can keep people religious by making them stupid.