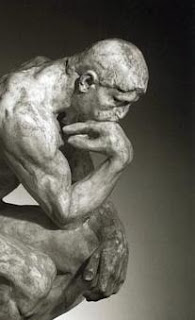 There has been a flurry of renewed interest in Alvin Plantinga's "evolutionary argument against naturalism" (EAAN). Mohan Matthen, a professor of philosophy at the University of Toronto has posted a critique at New APPS: Art, Politics, Philosophy, Science:


[L]et's think about special purpose cognition vs general purpose cognition. Fleeing from predators can make organisms evolve special purpose detectors. These probably should not be very accurate, since an excess of false positives helps survival: its safer than a more accurate detector with the occasional false negative. But what about general purpose detector? Remember Rob, who runs away from tigers because he feels that is the best way to make friends—this enables him to escape the consequences of his disastrously false belief that tigers make good playmates. But if this is a general purpose attitude, he also runs away from potential mates because he believes that this is the best way to hook up with them. Evolutionarily, not so good.

Here is something the survivalists overlook. The senses are general purpose learning systems; inference and rationality helps us use them to come to know about our surroundings. Of course, we have special purpose cognition too, but these usually feed into autonomous behavioural systems that are not run by and don't produce beliefs. Belief is irrelevant to a rabbit freezing at the (often false) indication of a predator. Belief means everything to a young man or woman who is taking leadership of a group on a trek to find a better life.

Nicholas McGinnis at Engaging Science, the blog of the Rotman Institute of Philosophy at the University of Western Ontario (go canucks!), points out:


The problem is that an imago dei epistemology does not seem to follow from God's nature but God's free exercise of will. We therefore have a parallel problem: of all the infinite things God could do, how certain are we that he would choose to create in his image? Contrast to evolution: of all the infinite things that could evolve, why reliable faculties? The difference is that I know what kind of constraints, observations, and experiments might lead me to think evolution did lead to reliable faculties, but, short of direct personal revelation, I have no idea how to confirm imago dei.

TomS made much the same point some time ago here.

McGinnis also points out that the Stanford Encyclopedia of Philosophy (SEP), which I have always thought was reliable, gives Plantinga a pass on the EAAN and his promotion of Michael Behe's "irreducible complexity" nonsense:


As a side-note, while re-reading Plantinga's SEP entry on 'Religion and Science' I am reminded of how bizarre and parochial the article is: it is not a discussion of the complex relationship between science and religion in the history of philosophy, nor an overview of the current state of affairs in the literature. Rather, it functions as a showcase for Plantinga's own views.

There is no discussion of some seminal and influential concepts–such as Gould's 'non-overlapping magisteria'–nor any mention of, say, the relationship between Islam and science. Instead we have enthusiastic citations of intellectually dishonest creationist frauds like Michael Behe, complete with summaries of discredited arguments about the bacterial flagellum and blood clotting meant to offer proof positive of the spurious, unscientific notion of 'irreducible complexity'. Writes Plantinga, "not only do [these examples] challenge Darwinism; they are also, [Behe] says, obviously designed: 'their design is about as obvious as an elephant in a living room.'" I cringe to read these words in the discipline's most publicly-visible reference source.

Comments:
I just finished reading the EAAN section of Where the Conflict Really Lies earlier tonight. If you're interested I can write up my thoughts on where the argument seems to go most badly wrong.

That would be great! I have a pretty good take on what I think is going on in the EAAN, but I want to read some recent, more 'technical' stuff of his before I commit myself to a critique in writing.

Fine. Just leave a comment here when you are ready and I'll tell you where to send it.

Hi there, every time i used to check webpage posts here in the
early hours in the dawn, because i enjoy to find out more and more.
Take a look at my site ; web design miami beach

Today, I went to the beach front with my kids.
I found a sea shell and gave it to my 4 year old daughter and said "You can hear the ocean if you put this to your ear."
She placed the shell to her ear and screamed. There was a hermit
crab inside and it pinched her ear. She never wants to go back!
LoL I know this is totally off topic but I had to tell someone!
Here is my web site ; backup camera

Binary Options is the way to [url=http://www.brokersring.com/]make money[/url] securely online

A man of taste quality of life is high, especially bathroom design often can reflect a person's quality of life.Waterfall taps are a stylish way to make a statement in your bathroom, and are becoming increasingly popular and very affordable. http://www.plumpinguk.co.uk/kitchen-taps/wall-mounted-taps.html.It will make your life more refineddand we have created a lot of artistic products of"stylish personality and quality life".

Our pneumatic factory was founded in 2000,CHECK HERE. In decades of serving China pneumatic industry, we have built our reputation on product knowledge, world class suppliers, application support, and value add services. Our commitment to our employees, customers and vendors is the core of our business beliefs. In our factory, there are more than 80 front-line workers, 3000 squares working shop.Our main products are air Pneumatic Cylinder, solenoid valve and also a lot of pneumatic fittings like Air Gun.

All of our products are sold from factory directly, igorous manufacturing and testing processes. You must can find one suit for your house here. We also offering everyday update special price products. The more products you buy, the more discounts will be.Choosing from a large selection of high quality taps at http://www.cheaptap.co.uk/ . Find new design of antique taps, LED taps, waterfall taps and so on.

the http://www.faucetsmarket.com/bathroom-accessory-bathroom-mirrors-c-4_5.html is not only beautiful and practical issues, more important is the quality, if you buy a poor quality or no-name, and really brings a lot of unexpected problems to solve very troublesom .