The Loss of an Ally? 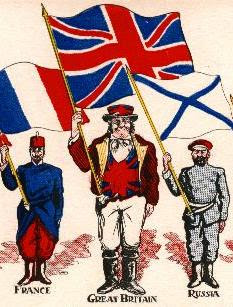 Glenn Morton has announced that he has taken down all his web pages about the creationism/evolution "debate."

He apparently feels "used" by "atheists and agnostics." To a certain extent, it sounds like he has just given up:


For a long time, I thought I could actually influence Christian thought. That simply isn't the case. Those Christians who accept evolution are all comfortable with making the account factually false and those who want it factually true make it false by tying it to YEC. Thus, there is no real benefit in trying to change what are extremely well entrenched positions.

His stated reason, however, is to promote his own "freedom":


That is what freedom at its heart is, the freedom to believe and do what I want even if everyone else thinks I am wrong, idiotic or dangerous, so long as it doesn't hurt anyone else.

He then begins a long screed about "anti-religious bigotry" because of "the disdain, sneering comments and arrogant dislike of religion and people who were religious." Well, it wouldn't take much effort to find disdain, sneering and arrogant dislike of atheists, agnostics and secularists from religious quarters. Is this a sign of the lack of freedom or an example of it?

Then there is a jumble of confused "evidence" that there is a "push for conformity by the intellectual 'elite'." There is much that could be said about his examples, but this is the worst:


The powers that be think that everyone MUST be forced to pay for contraception for the YES, slutty life style of Sandra Fluck who gave a speech at the Democratic convention bemoaning that we don't pay for her contraception. (Rush Limbaugh got in lots of trouble for saying she is a slut, yet it is Sandra who wants to live a life of sex where everyone else pays to keep her from getting pregnant). Why must I as a Christian, who thinks such behavior abysmal, sinful and self destructive pay for her to have sexcapades without consequences? Why must my taxes be used to support what I view as her responsibility? Why does she have a right to pick the money in my pocket when she didn't earn it? But, it seems, if you question this simple fact in today's world, everyone will cluck their tongues at you, making you out to be the evil one. Why is it that they think that everyone MUST be forced to believe that what Sandra does is OK AND PAY FOR HER TO HAVE PLEASURE WITHOUT WORRY FOR THE CONSEQUENCES????

Of course, no one is being made to specifically pay for contraception. Under "Obamacare," in return for greatly increasing their business, medical insurers will provide contraception coverage on all policies. Have you heard any complaints from the insurance companies about this? No, and the reason is that they know that it will save them money that would otherwise be paid out to treat unplanned and problematic pregnancies and the medical problems that result to not only the "slutty" mothers but their children. In short, Glenn and his fellow moral crusaders will wind up paying less for the sins of others.

But rationality has nothing to do with this. I suspect that Glenn has (once again) succumbed to the demon he so eloquently described before. Not that he is alone in that ... perhaps we all do it in one way or another.

I have a certain sympathy with Glenn's complaint about one scientist comparing climate change deniers to racists and labeling them mentally ill (if, in fact she did that), but the solution is to fight back with your own speech. In fairness, some of the commenters at Glenn's post indicate that he has cancer, which is a good a reason to quit active fighting in this arena. But it doesn't explain throwing away what you have honorably (as I'm sure is Glenn's case) argued in the past just because you don't like how the debate is going now.

As he himself said of the demon:


Those who try to help the poor victims escape the ravages of Morton's demon wear themselves out typing e-mails explaining data and facts which never get through the demon's gate. After years of weariness, the philanthropic individual dies of fatigue. This is oh so devilish a situation!

Comments:
Morton has always been an outlier. But his rant is nearly incomprehensible.

"Nearly" doesn't do it justice.

There is the temptation to ascribe it to his illness or the treatment for it but the simple fact is that we are all capable of maintaining rational and irrational positions at the same time.

John Wilkins has left a typically astute comment over at Recursivity that I'm stealing for over here:

I get the impression that to hold an intermediate position here is unstable. Strong pressures to conform are applied to the evolutionary Christian to either drop the "christian" part or to drop the "evolutionary" (just like being a compassionate conservative or a mildly progressive liberal, or agnostic, is unstable). Extremism in both sides tends to pull the conciliatory apart.

Glen was, and I suppose is, a fairly observant person, but he, like everyone else, suffers from cognitive biases like cherry picking, special pleading, and so on.

The pathway to salvation is as narrow and as difficult to walk as a razor's edge.

Glenn makes mention a couple times in his screed to climate science and global warming. This is a topic on which has has been very active within the theologyweb website, and in a manner which has been bizzare; scientifically incompetent and personally incredibly rude and aggressive. This is a part of the whole issue with Glenn and science, I think, and a classic case in which he has not shed the demon.

His position on evolution has been valuable in some contexts and will be missed. But it was always tempered with a strong streak of religiously influenced scientific nonsense. He remains committed to good science (as he sees it, which is not always what others would call it) and biblical authority (which means it has to be historically accurate, I think). This has lead him into interesting side lines in looking for Noah's flood -- his own preference being flooding of the Mediterranean basin 5 and a bit million years, with all the consequent difficulties in paleoanthropology of human culture and technology that long ago.

Glenn is somewhat inclined to use the "anti-religious bigot" label a bit loosely; I may quality for that myself by virtue of these remarks. Be that as it may, Glenn has never actually been a good example, I think, of someone who has simply replaced YEC with a scientific perspective. He did drop YEC, and he has worked hard to account for discoveries of science, but neither in evolution nor paleoanthropology is he a particularly good example of a Christian who has taken account of science. He's dropped the YEC, credit for that. But not much more.

On climate science he is profoundly nonsensical; about as bad as you can get, pretty much like Anthony Watts. Pretentions to being scientific that don't stand up to examination at all.

He is, and always has been, afflicted with his self-named Morton's demon. Science education is better off without him.

Sorry, I should have added this above. I used to be very active on THeologyweb myself, so I am not an unbiased observer. I have good memories of my engagement there, with many people. (Hi anyone reading!) Glenn, to be frank, is someone I had totally lost all patience with for his rudeness and aggression in the climate discussions. So in fairness you need to note I am not an uninvolved observer when considering my comments.

His position on evolution has been valuable in some contexts and will be missed. But it was always tempered with a strong streak of religiously influenced scientific nonsense.

Frankly, I never followed him elsewhere, such as theologyweb, and only knew him from the Talk Origins Archive and his personal website (where I never got beyond his essays on YEC). I thought (and still think) that it took some personal and intellectual courage to go from being a (at least minor) star of the YEC world to being a vocal critic of it.

I'm sorry if I expected too much of him.