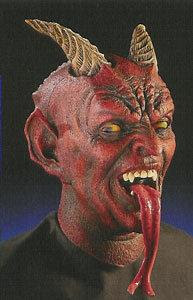 As Lenny Flank famously said, allow creationists to talk long enough and they will hang themselves. Here is yet another example:

The website of the Lafayette Indiana News (jconline.com) is reporting the following about Indiana state senator Dennis Kruse's plan to introduce a bill that allows students to challenge teachers on issues (notably evolution) and force them to provide evidence to back up their lessons:


In November, Kruse told the J&C: "I'd guess 80 percent of Indiana would be oriented with the Bible and creation. Where you're at, at Purdue or IU, you might have more who are for evolution. But once you get out away from there, out into the hinterlands, I think you'll see a lot more people receptive to it."

In other words, the bill is a sham, a ploy, a lie, attempting to evade, to undermine, to violate, Sen. Kruse's solemnly sworn, no doubt on a Bible, duty to support and defend the Constitution of the United States against all enemies, foreign and domestic.

That Sen. Kruse is a domestic enemy of the Constitution should come as no surprise, since last year he declared himself as much by introducing a bill that would permit "the governing body of a school corporation [to] require the teaching of various theories concerning the origin of life, including creation science."

What's more, Kruse actually boasted to the IndyStar back then that he knew what he was doing was illegal:


Indiana State Sen. Dennis Kruse, the bill's author, knows a creation science bill violates the principles of the Edwards vs. Aguillard decision. He knows it could bring a court challenge.

He went on to say:


I believe in creation and I believe it deserves to be taught in our public schools.

In other words, Kruse thinks he is above the Constitution.

So much for the vaunted "morals" of the Religious Right. Oaths, even sworn on a Bible, mean nothing to them.
Link - Posted by John Pieret @ 12:04 PM

Comments:
Watching creationists can be great entertainment, mostly due to their proclivity to "hang themselves."

Just keep copies of all this handy for the next court case.

Just keep copies of all this handy for the next court case.

I have and if anyone ultimately needs them, I'm more than ready.

As I remember, one did not have to go far from the IU campus to encounter a culture of hillbillies ("stonies," so called for their working in the quarries). At the time, I was rather amazed that a student would try to argue Creationism with a geology professor (that student was a Hoosier, who drove a pickup truck with Bible passages painted on it).

I have since learned that ignorance can be found just about everywhere, something I would have known had I read Mencken at an earlier age.

That seems overly restrictive, as a general principle. The Supreme Court must have made a lot of bad calls in its time, being made of flawed and fallible human beings, as all institutions are. Challenging a Supreme Court ruling might be foolish, but unconstitutional? To the point of treason?

Challenging a Supreme Court ruling might be foolish, but unconstitutional? To the point of treason?

Yeah, I thought of that, but to do it under false pretenses, as Kruse is doing now, or to try to knowingly impliment an unconstitutional law as he did before is a present violation of the Constitution and his oath.

Treason against the United States, shall consist only in levying War against them, or in adhering to their Enemies, giving them Aid and Comfort.

So, if Kruse doesn't take up arms or give aid and comfort to those who have taken up arms against the US, he isn't a traitor ... he's just an oath breaker.

P.S. If you want the Index to Intelligent Design Creationists, email me at catsharkAToptonlineDOTnet.

Well, what you say does make sense to me, but I'll take your word for it; you know more about the law than I do.

And thanks for the offer. I know some time ago I said I was working on an argument against Plantinga's EAAN. I was debating with myself whether I wanted to publish it under my real name, but doing it right would have meant taking time away from my other writing. I still might write up a guest blog post, though, if that offer is still on the table.

I still might write up a guest blog post, though, if that offer is still on the table.