Whom the Gods Would Destroy ... 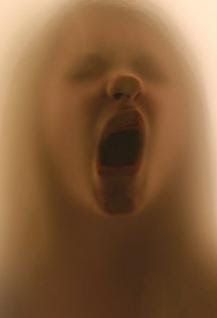 
A gun store owner near Austin, Texas — who has previously refused to do business with Muslims or Obama-voting liberals — is offering teachers a discount on training for conceal-carry permits because he believes the solution to mass shootings is to have more guns in schools. ...

But Houston Federation of Teachers President Gayle Fallon told the station that the idea of arming teachers was crazy.

"I knew this would come up at some point, there would be people who think the answer is to put guns on campus," Fallon explained. "Frankly, I think it's absurd."

"In a lot of cases, the perpetrator is a kid. Look at Columbine, it was a 14-year-old kid. You tell me a teacher is going to look in the eyes of a 14-year-old and pull the trigger — it's not in their emotional make up." ...

Republican Texas Congressman Louie Gohmert on Sunday also said that schools would be safer if the principal at Sandy Hook had been armed with an M4 carbine assault rifle designed for urban warfare.

"I wish to God she had had an M4 in her office locked up," Gohmert opined. "So, when she heard gunfire she pulls it out and she didn't have to lunge heroically with nothing in her hands, but she takes him out, takes his head off before he can kill those precious kids."

Of course ... because, after all, a grade school teacher with a concealed handgun is likely to have a chance going up against a crazed person with an assault rifle. And grade school principals are all like Rambo. Naturally, there wouldn't be any collateral damage with these amateur soldiers on the job.

But if you want real crazy, count on religion:


Old Paths Baptist Church Pastor Sam Morris began speaking about last week's school massacre in Newtown, Connecticut by warning that "this sermon will not be pleasant." ...

Morris asserted that equal rights was a "sham" because it's "equal immorality" and that authorities should take the body of the suspected shooter, 20-year-old Adam Lanza, "and string him up in public and set his body on fire and leave it out there to let the birds pick his bones." ...

"Why do you still send your kids to the governmental schools?" the pastor asked the congregation. "What's behind this shooting that we saw on Dec. 14 in Newtown, Connecticut and the other one's like it? What's going on. Well, number one, deception… I got news for you, when you kicked God out of schools, you're going to be judged for that."

Morris insisted that "humanism" in schools taught Lanza that he was God and "he can just go blow away anybody he wants."

"When I got in high school, man, I started learning all this kingdom, phylum stuff, all this junk about evolution," he recalled. "And I want to tell you what evolution teaches — here's the bottom line — that you're an animal. That's what it teaches. So, you're an animal, you can act like an animal. Amen."

He added: "They think homeschoolers are a bunch of crazies, man. But I'm going to tell you something, I've never seen a police officer or a medal [sic] detector at a home school. Never. Amen. Now, there's plenty of guns at my home school. Amen. I guarantee you we're not going to have a mass shooting at any of the schools that are represented in this building today. I guarantee you, if there is a shooting, it won't last very long. Amen."

"I guarantee you there's at least six or seven guns in this place right now. Amen."

In the name of the Father, the Son and the Holy Gunsmith, Amen!

Comments:
And while we're on the topic, let's not forget everyone's favorite religious wingnuts:

The Westboro Baptist Church, the controversial group known for protesting outside funerals of slain U.S. service members, announced that it will picket Sandy Hook Elementary School in Newtown, Conn., which on Friday became the site of the second largest mass killing in American history

Members of the Westboro Baptist Church say that America is being punished for its acceptance of gays and lesbians. In recent days, Phelps family members have sent tweets about the Connecticut shooting that have said "God sent the shooter."

This blog by Faye Flam may be of interest, about the suppression of research into guns by the CDC: