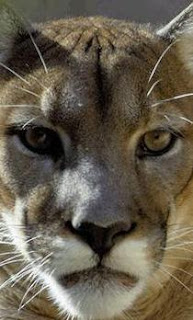 
"One may find the sexual practices of homosexuals to be unattractive or displeasing and therefore unnatural, but anything that can be done in that line by homosexuals can be done and is done by heterosexuals,” Berry continued. “Do we need a legal remedy for this? Would conservative Christians like a small government bureau to inspect, approve and certify their sexual behavior? Would they like a colorful tattoo verifying government approval on the rumps of lawfully copulating parties? We have the technology, after all, to monitor everybody’s sexual behavior, but so far as I can see so eager an interest in other people’s private intimacy is either prurient or totalitarian or both.”

“The oddest of the strategies to condemn and isolate homosexuals is to propose that homosexual marriage is opposed to and a threat to heterosexual marriage, as if the marriage market is about to be cornered and monopolized by homosexuals,” Berry said. “If this is not industrial capitalist paranoia, it at least follows the pattern of industrial capitalist competitiveness. We must destroy the competition. If somebody else wants what you’ve got, from money to marriage, you must not hesitate to use the government – small of course – to keep them from getting it.”

Berry said “so-called traditional marriage” is “for sure suffering a statistical failure, but this is not the result of a homosexual plot.”

Via Wall of Separation

Comments:
"My dear, I don't care what they do, so long as they don't do it in the street and frighten the horses."

... or in churches and frighten the priests.

Yet another reason I love Wendell Berry.

P.S. that venue IS interesting, the UMC still does not ordain gay ministers

the UMC still does not ordain gay ministers

Yeah, I thought they were beyond that but the Wikipedia article says differently.

Maybe Bastet will take pity on them.

It was stol ... um ... borrowed off the intertubes. The "secret," such as it it is, lies in the cropping. The original was s fine picture but by cropping it down to just the face (with the eyes about 2/3 of the way up) it becomes more dramatic ... or so it seems to me.