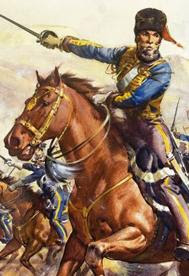 State Rep. Bill Zedler of Texas (guess which party!) is keeping up the grand tradition of Texans vying for the title of the looniest state lawmakers in America.

Zedler recently filed a bill "to protect professors and students at public universities from being discriminated against for conducting research on the theory of intelligent design."

Quite apart from the fact that there is no such thing as research on the theory of intelligent design -- IDers sometimes do "research" to try to disprove evolution, which is not the same thing -- his reason for doing so is the execrable Expelled, one of the most dishonest pseudodocumentaries ever to be produced.

Moran said he doesn't expect the bill to pass. He said he can't imagine a professor "being hired in the first place" that believes intelligent design to be the origin of species.

"A professor of biology that maintains the earth was created 6,000 years ago, that the account in the Book of Genesis is correct, and all species were created at the same time should not expect to keep their job," he said. "That's like a geology professor believing the world is flat being protected."

Naturally, Zedler responds by, once again, revealing the real purpose of ID:

"I love it when someone comes to me and they want to debate with a weak argument, I love that," Zedler said.

Zedler must love looking in the mirror.

Comments:
They're like vampires: They produce no image in mirrors.

They're like vampires: They produce no image in mirrors.

Well, none that they can themselves can see.

Everyone with a brain, however ...

Like a mathematician who doesn't believe in rational numbers.

Just out of interest, what does it have to do with a Canadian?

Perhaps Mr Moran could try addressing the loons in Canada.

... what does it have to do with a Canadian?

I suspect the reporter called up Larry expecting to get some juicy quotes and Larry obliged.