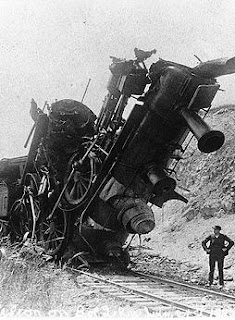 Via Wall of Separation comes the story of the little rally that couldn't:

"Why is God on the outside of our schools having to look in when he's always been inside of it," asked Linwood Whaley, of Baysden's Pentacostal. "We got so many kids in school that want to say prayer, and because one person does not want to, they can't pray. That's wrong. We're being discriminated as Christians, and it's time Christians took a stand."

Throughout the state of North Carolina, boards of education are not allowed to deny prayer in public schools by students volunteering to pray, "except when necessary to maintain order and discipline," according to N.C. State Statute 115C-47. Additionally, the statute expressly prohibits any local board of education from encouraging or requiring any students to pray in public schools.

"We understand that teachers cannot promote the prayer, but they cannot stop the prayer either," Whaley said. "(Kids) are under the impression that prayer is not allowed in school."

After learning of the laws in place, Jarman called the rallying a "big misunderstanding about prayer in school."

"We were told the kids couldn't pray," Jarman said.

That's what you get for listening to wingnuts instead of educating yourself about your own government.

Comments:
This type of misunderstanding seems to be fairly common among a vast majority of Christians. The real fanatics don't care they really want forced participation in their brand of Christianity. Congratulations to the pastor for admitting that he didn't know and calling off the protest.

Congratulations to the pastor for admitting that he didn't know and calling off the protest.

That's true but it would have been even better if he didn't swallow wingnut rhetoric whole and checked out what the law was before he whomped up this mini-tempest.