On the Ninth Day of Darwin 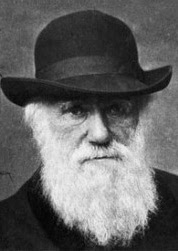 Scientific theories are accepted long before anything like direct proof is provided. For example, when Copernicus enunciated his heliocentric system, scientists immediately selected the observation of stellar parallax as the most significant test of the theory. None was observed until the 1830s -- long after all reasonable men had accepted the heliocentric system. Similarly, not until recently has anything like the observation of a new species of multicellular organisms been observed. ... Yet, few reasonable men withheld consent to the theory that species have evolved and that natural selection is the chief (if not the only) mechanism involved.

For example, even in Darwin's own day, F.J. Pictet contended in his review of the Origin of Species (1860) that he would not accept Darwin's deductions until he saw for himself the evolution of a new organ. By 1864, Pictet had been converted and in 1866 published a paper in support of evolutionary theory. Needless to say, the direct proof he required had not been supplied. Instead, he had been convinced by the numerous indirect proofs of evolutionary theory. On this score special creation and evolution by natural selection were on different footings. No one had seen a new species evolve anymore than they had seen one specially created, but unlike the special creationists, Darwin had presented a mechanism for evolution. Certain implications of his theory could be checked and his theory as a whole gradually confirmed or disconfirmed without the direct observation of species evolving. Special creation was little more than a bald assertion. Whether as a natural event lacking any scientific explanation or as a supernatural event, special creation could be checked only by direct observation.

- David L. Hull, Darwin and His Critics: The Reception of Darwin's Theory of Evolution by the Scientific Community (1973)

Hull puts it so well.

What worries me is if Orly Taitz takes up the anti-evolution cause and demands to see Darwin's birth certificate. Otherwise, she'd probably argue, we have no way of knowing whether Darwin was born of human parents, in which case he would qualify for British citizenship, or from monkeys, in which case he wouldn't (not yet, at least)

Binary Options is the way to [url=http://www.brokersring.com/]make money[/url] securely online