On the Second Day of Darwin 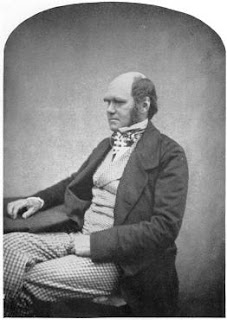 But the most remarkable power which my father possessed was that of reading the characters, and even the thoughts of those whom he saw even for a short time. We had many instances of this power, some of which seemed almost supernatural. It saved my father from ever making (with one exception, and the character of this man was soon discovered) an unworthy friend. A strange clergyman came to Shrewsbury, and seemed to be a rich man; everybody called on him, and he was invited to many houses. My father called, and on his return home told my sisters on no account to invite him or his family to our house; for he felt sure that the man was not to be trusted. After a few months he suddenly bolted, being heavily in debt, and was found out to be little better than an habitual swindler.