On the Seventh Day of Darwin 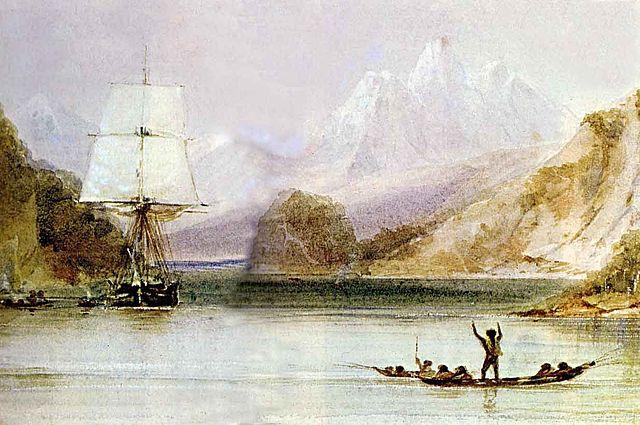 Fitz-Roy's temper was a most unfortunate one. This was shown not only by passion but by fits of long-continued moroseness against those who had offended him. His temper was usually worst in the early morning, and with his eagle eye he could generally detect something amiss about the ship, and was then unsparing in his blame. The junior officers when they relieved each other in the forenoon used to ask "whether much hot coffee had been served out this morning,—" which meant how was the Captain's temper? He was also somewhat suspicious and occasionally in very low spirits, on one occasion bordering on insanity. He seemed to me often to fail in sound judgment or common sense. He was extremely kind to me, but was a man very difficult to live with on the intimate terms which necessarily followed from our messing by ourselves in the same cabin. We had several quarrels; for when out of temper he was utterly unreasonable. For instance, early in the voyage at Bahia in Brazil he defended and praised slavery, which I abominated, and told me that he had just visited a great slave-owner, who had called up many of his slaves and asked them whether they were happy, and whether they wished to be free, and all answered "No." I then asked him, perhaps with a sneer, whether he thought that the answers of slaves in the presence of their master was worth anything. This made him excessively angry, and he said that as I doubted his word, we could not live any longer together. I thought that I should have been compelled to leave the ship; but as soon as the news spread, which it did quickly, as the captain sent for the first lieutenant to assuage his anger by abusing me, I was deeply gratified by receiving an invitation from all the gun-room officers to mess with them. But after a few hours Fitz-Roy showed his usual magnanimity by sending an officer to me with an apology and a request that I would continue to live with him.