On the Sixth Day of Darwin 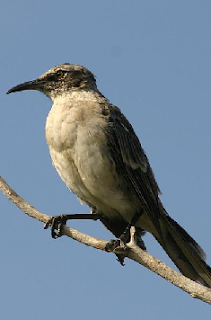 After a voyage of nearly five years, the Beagle landed in Falmouth, England, on 2 October 1836. During the next several months Darwin arranged for the disposal and description of his collections within the various branches of natural history. His collection of birds and mammals, offered to the Zoological Society of London, was delivered on 4 January 1837. The celebrated ornithologist John Gould, who was closely associated with the Zoological Society, lost no time in examining and naming the unusual finches that Darwin had brought back from the Galapagos Islands. At the very next meeting of the society (10 January), Gould described these birds as twelve new species, which he placed in one genus and two closely allied subgenera (Geospiza, Cactornis, and Camarhynchus). Moreover, he astutely realized the basic peculiarity of these finches, namely, that 'the bill appears to form only a secondary character'. Soon afterwards Gould recognized Certhidea olivacea, the Warbler Finch, as a thirteenth species of the group, belonging to yet another genus.

Darwin, who was at this time residing in Cambridge, did not learn of the details of Gould's analysis until he moved to London in early March of 1837 in order to have closer contact with the specialists working on his collections. Gould's findings, communicated to Darwin during a meeting with the eminent ornithologist, provided Darwin with a number of surprises. While in the Galapagos, Darwin had been rather unclear about the precise relationship among the various finchlike species he had encountered there. In particular, he had misidentified several finch species as the forms that they, through extensive evolutionary radiation, now appear to mimick. For example, he had considered the Cactus Finch, Cactornis scandens, to be a member of the Icteridae (the family of the orioles and blackbirds); and he had classified the Warbler Finch, Certhidea olivacea, as a 'wren', or warbler. It appears, moreover, that Darwin initially distinguished as separate species of finches only 6 of the eventual 13 forms that Gould named in early 1837. Hence Darwin's finches only really became Darwin's finches after Gould rectified many of Darwin's earlier field misclassifications, and thereby clarified the unity and complexity of the group. More important still for Darwin's evolutionary thinking, Gould (1837d) declared that 3 of the 4 island forms of Galapagos mockingbird brought to England by Darwin were distinct species, a possibility that Darwin had already asserted 'would undermine the stability of Species'. For the Galapagos as a whole, Gould pronounced 25 of the 26 land birds as new and distinct forms found nowhere else in the world. Darwin was frankly stunned, not only by the realization that three separate species of mockingbirds indeed inhabited the different islands of the Galapagos, but also by the fact that most of these Galapagos species, even though new, were closely related to those found on the American continent. His conversion to the theory of evolution, which took place shortly after his meeting with Gould in March of 1837, was a direct consequence of these two conclusions.

i don't want to deal with all these little atheist f*ckers anymore....


Dennis, if you don't knock it off, you might well wind up in a home ... just not one to your liking.