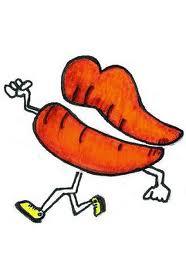 The ever ridiculous David Klinghoffer is at the propaganda arm of the Discoveryless Institute talking about Zack Kopplin's interview with Bill Moyers.

Klinghoffer focuses on Kopplin's statement about creationism that:


Essentially it's a denial of evolution, mainly based off a literal interpretation of Genesis.

Given that the Gallup poll in 2012 found the 46% of Americans believe that that God created humans in their present form at one time within the last 10,000 years, it is a safe bet that most support for creationism is based on a literal reading of the Bible. Heck, we know that most support for the badly misnamed Louisiana Science Education Act comes from Biblical creationists and the DI knows it too ... they just try to pretend otherwise.

That's what Klinghoffer is doing:


There you have it: Creationism = Biblical literalism = intelligent design = Darwinism skepticism. Academic freedom legislation = sneaking the book of Genesis into public school science class. Look, I've heard this nonsense repeated many times but the boldness of the deception, and how dopey media people are about simply accepting it, still sometimes takes my breath away.

So this should give you an idea of what it means to be a Friend of Darwin. In the case of Zack Kopplin, it means grossly misleading the public about science and education.

For anyone from the DI to accuse others of misleading the public about science and education takes industrial grade projection. In a rare moment of honesty, the Isaac Newton of Intelligent design, William Dembski, admitted that IDers are "a group of Christian scholars who call themselves design theorists." That's the same Dembski who also admitted to being a "biblical inerrantist" (though probably not a YEC).

Comments:
The ever ridiculous David Klinghoffer is at the propaganda arm of the Discoveryless Institute...