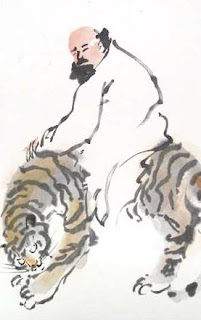 Wall of Separation, the blog of Americans United for Separation of Church and State, has a post by Joseph L. Conn about the Republican Party's soul searching following the 2012 election results.


GOP Chairman Reince Priebus unveiled a new report yesterday outlining the things the Republican Party must do to improve its performance at the polls.

Priebus said Republicans have to reach out to women, Hispanics and other minorities and change their "narrow-minded" and "out of touch" image. One of the to-do items was to alter the GOP approach to social issues such as equality for gay people.

"Already," the report observes, " there is a generational difference within the conservative movement about issues involving the treatment and the rights of gays — and for many younger voters, these issues are a gateway into whether the Party is a place they want to be. If our Party is not welcoming and inclusive, young people and increasingly other voters will continue to tune us out."

A new Washington Post-ABC News poll finds that 58 percent of Americans now believe it should be legal for gay and lesbian couples to get married. Worse, for the Republican Party, young adults age 18 to 29 support gay marriage by an overwhelming 81 percent.

Unsurprisingly, the Righteous Right is not amused:


The American Family Association's radio ranter Bryan Fischer, for example, said it would be "idiotic" for Republicans to change their stance in order to win over young voters.

According to our friends at Right Wing Watch, Fischer fulminated, "[Young people] don't need to be pandered to; they need to be educated. We don't pander to the least mature, least intelligent, least informed, least experienced, least educated members of our movement; we educate them."

This is amusing because, along with people 65 years old and above and white evangelical Christians, one of the largest "pockets of opposition" is composed of white voters who do not have a college degree. They oppose gay marriage by 56 percent to 40 percent.

But the real dilemma is illustrated by David Lane, who organizes conservative Christians nationwide:


[Lane] said the more than 65 million Americans who identify themselves as evangelicals are feeling increasingly alienated from electoral politics.

If GOP leaders embrace same-sex marriage, he predicted, "it will lead quickly to the collapse of the Republican Party," causing a core constituency to leave for a third party or to renounce politics.

Of course, the other option appears to be to continue to alienate the general public that is increasingly seeing the Party as mean spirited bigots.


Back about 1980, presidential candidate Ronald Reagan and other Republican leaders made a deal with the devil. They wholeheartedly embraced odious Moral Majority founder Jerry Falwell and the rest of the Religious Right. In exchange, they got legions of fundamentalist Christian voters but lost the party's reputation for moderation on social issues.

The real problem with riding a tiger is how to get off.
Link - Posted by John Pieret @ 10:06 PM

Comments:
Does your site have a contact page? I'm having problems locating it but, I'd like to send you an email.
I've got some ideas for your blog you might be interested in hearing. Either way, great blog and I look forward to seeing it expand over time.

Feel free to surf to my web-site: Find Out More

Hi there everybody, here every person is sharing these kinds of knowledge, so it's pleasant to read this weblog, and I used to go to see this web site everyday.

This piece of writing will assist the internet users for creating
new weblog or even a blog from start to end.

Usually I do not learn post on blogs, but I wish to say that this write-up
very compelled me to try and do so! Your writing style has been amazed me.
Thank you, very great article.

Ive meant to post something like this on my personal webpage and you've have given me a concept. Cheers.

Hello, i feel that i saw you visited my weblog so i came to go back the choose?
.I'm trying to find things to enhance my site!I suppose its adequate to use a few of your ideas!!

Take a look at my site ... hersolution pills

Useful information. Fortunate me I discovered your site unintentionally, and I'm surprised why this coincidence did not happened earlier! I bookmarked it.

After I originally left a comment I seem to have clicked the -Notify me
when new comments are added- checkbox and from now on every time a comment is added I receive 4
emails with the same comment. Perhaps there is an easy method you can remove me
from that service? Many thanks!

This will operate, but additionally, it is good to exercise, eat wholesome,
and become a good role model.

Peculiar article, just what I wanted to find.