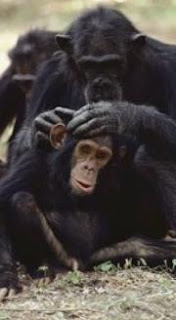 Jerry Coyne has an intersting post about a professor at Ball State University who is obviously pushing Intelligent Design Creationism in the guise of a couple of putative science courses.

The reading lists pretty much tell the tale, including works By Discovery [sic] Institute stalwarts such as Michael Behe, William Dembski, Guillermo Gonzelez and Stephen Meyer; out-and-out creationists, such as Hugh Ross, Lee Strobel (!) and even C. S. Lewis (!!); and well known theistic evolutionists, such as Guy Consolmagno, Owen Gingerich and Francis Collins. On the other hand, there is no sign of counter views from people like Dawkins, Stenger, or Krauss.

Intellectually, it sounds bad. The students seem to like the professor personally and think the class is easy which will, of course, make up for a lot in student's eyes.

But here's the nit: Coyne says:


... Hedin's course, and the University's defense of it, violate the separation of church and state mandated by the First Amendment to the U.S. Constitution ("freedom of religion") and which has been so interpreted by the courts.

Well, not exactly. The leading case in this regard is Edwards v. Aguillard, which specifically dealt with a law concerning only primary and secondary education. Those classes are, for the most part, mandatory and, as a result, Justice Brennan noted in his decision that the Court is "particularly vigilant in monitoring compliance with the Establishment Clause in elementary and secondary schools." That rational is much weaker when it comes to university courses, particularly electives. Just so, public universities not infrequently have departments and even schools of religious studies and no one expects all their courses to be religiously neutral or even nonsectarian.

In point of fact, this course is much closer to a violation of "truth in advertising" laws than it is a constitutional violation. I suspect that a much more effective technique to end it is for students who were looking for real science education to demand their money back for having been lied to as to its scientific content than to bring an action under the Constitution.
Link - Posted by John Pieret @ 11:19 PM

Comments:
I don't know, sounds like he's pretty clear about the things he's discussing. And the course description is pretty clear: "These classes emphasize the relationships of the sciences to human concerns and society, including social and ethical consequences of scientific discovery and the application of science to issues confronting contemporary society."

Sounds more like a sociology class to me, with a bent on religion.

I'm not familiar with how all this works, but wouldn't this fall under academic freedom? I mean, shouldn't Coyne be able to teach a class like this but from his point of view?

I guess I would need to know if, in the final grading, if someone who rejected all his views would be marked worse than if you agreed.

But regardless of all that, I think it should be an elective, not required - especially if this is the only version of the required course being made available.

Funny aside. The books that Coyne lists as 'even worse' than the intellegent design ones are these:

"Francis Collins’s book The Language of God: A Scientist Presents Evidence for Belief, Anthony Flew’s There is a God: How the World’s Most Notorious Atheist Changed His Mind, and Polkinghorne and Beale’s Questions of Truth: Fifty-one Responses to Questions About God, Science, and Belief.” As the ultimate insult, the Honors syllabus further includes C. S. Lewis—his book Miracles! What is going on here? C. S. Lewis in a science course?"

I don't quite get how these are "even worse," since as far as I know these authors might agree with Coyne that their books shouldn't be taught in a science course. I get the impression tha somehow these books are worse than the intellegent design books.

Makes me want to read them!

Jerry's so cute when he does things other than science.

I read some of the comments and there was much Dunning and Krugering going on.

I think it should be an elective, not required - especially if this is the only version of the required course being made available.

I'm pretty sure it is an elective.

Jerry's so cute when he does things other than science.

Almost as cute as all the cat videos he posts ... and as rational as the subjects (I love cats, but ...).

Then again, he revels in wearing the skins of dead animals on his feet.