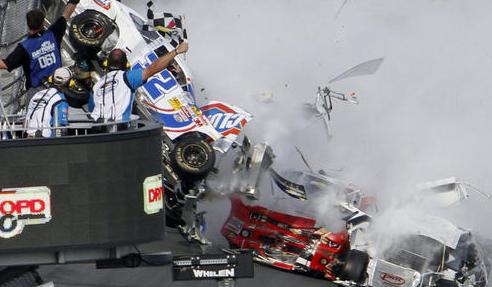 The NRA was controversially a sponsor of a NASCAR race. The NRA got the perfect endorsement:


The death of a man in the infield of Texas Motor Speedway on Saturday night during the Sprint Cup Series NRA 500 has been ruled a suicide from a gunshot to the head, according to the Tarrant County Medical Examiner's office.

The incident happened late in the race when Kirk Franklin, 42, of Saginaw, Texas, apparently got into an argument with other campers, according to the Associated Press. Track spokesperson Mike Zizzo said Saturday night that the incident happened "in or around a pickup truck" in the infield.