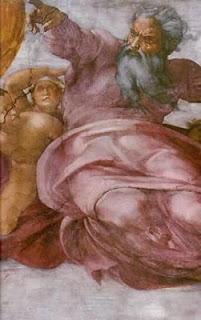 The Sensuous Curmudgeon is already all over this. The Discovery [sic] Institute has released (as in a toxic spill) "the first full curriculum to present the scientific evidence for intelligent design in both cosmology and biology."

Amusingly, they note that it is suitable for use:


... in settings such as private schools, a general family and home setting, homeschool, church environments, small discussion groups, extracurricular school organizations (such as IDEA Clubs), or personal use. When used as a textbook, DID is not intended to replace standard subject science texts, but instead can supplement them by presenting information not available in many standard textbooks. While DID is strictly scientific in its content, it is not recommended for use in public schools.

As the Curmudgeon notes "They claim it's "strictly scientific," yet it's not recommended for public schools. Why is that?"

Well, for one thing, in the first chapter of the curriculum, the DI resorts to a quote mine, hardly a marker for science. Arguing against "materialism," they present this:


Materialists impose philosophical restrictions upon science which prohibit any reference to intelligent causes. As one evolutionary biologist argued in the world's leading scientific journal, Nature:


Even if all the data point to an intelligent designer, such an hypothesis is excluded from science because it is not naturalistic.

Um ... not quite. Here is the complete quote from Scott C. Todd, an immunologist at Kansas State University, commenting on the Kansas Board of Education's 1999 decision to eliminate the required teaching of evolution in public schools:


Most important, it should be made clear in the classroom that science, including evolution, has not disproved God's existence because it cannot be allowed to consider it (presumably). Even if all the data point to an intelligent designer, such an hypothesis is excluded from science because it is not naturalistic. Of course the scientist, as an individual, is free to embrace a reality that transcends naturalism.

In short, Todd was not espousing "materialism" but Methodological Naturalism, which the DI defines as:


The belief that, whether or not the supernatural exists, we must pretend that it doesn't when practicing science.

But, wait a minute! The DI also says:


However, in the debate over ID, those who raise questions about the supernatural are often attempting to shut down the discussion by refusing to address the evidence.

The bottom line is simply this: All that intelligent design scientifically detects is the prior action of intelligence. It does not venture further, beyond the boundaries of science.

Well, if the DI recognizes that the supernatural is "beyond the boundaries of science," then what was wrong about what Todd said?... Other than the fact that the DI is lying through its teeth and wants their audience to make exactly the conclusion that the "designer" is the God of Christianity.

This is also cute: the DI says that there are Seven Tenets of Materialism, the first two of which are:


1. Either the universe is infinitely old, or it appeared by chance, without cause.

2. The physical laws and constants of the universe ultimately occurred by purposeless, chance processes.

But if the designer who created the universe and the physical laws and constants of the universe isn't God, I'll eat John Wilkins' epistemological hat!