Into the Liar's Den 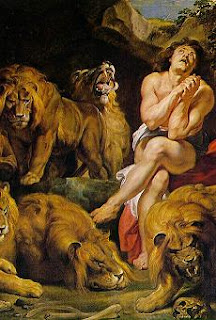 Now, the reason I know this is because I happened to drop into the Answers in Genesis site to see if anything interesting going on and, lo and behold, Ken was kvetching about "an 'interesting' blog post [that] appeared on a well-trafficked atheist blog" that recounted how "[t]wo women, both atheists, had attended the conference in an "undercover" manner—with an obvious agenda".

Of course, lest his followers might hear anything that would take them out of their little biblical cocoon, the maintenance of which is, of course, the major objective of the Creation "Museum," Ham didn't give the name of the blog, much less a link. It took me a few minutes to find "We Attended the Answers in Genesis Women's Conference… and This is What Happened."

Ham's first complaint is that:


... part of the ministry of the Creation Museum is to share the gospel with unbelievers, in the hope that they will repent and believe. So we encourage atheists to visit.

He next complained that:


They made fun of the attire of attendees at the conference, indicating that they had to wear skirts and couldn't wear shorts. But other women in attendance wore a variety of clothing including skirts and slacks.

We're really getting to the substance here, aren't we? In point of fact, what was said was:


I definitely needed caffeine to get started. Unfortunately, the hotel we picked was also home to many of the other conference attendees, and in my sleep-fogged state, I accidentally wandered down to the continental breakfast area in shorts. After collecting two dirty looks for my bare legs (the horror!) I headed back to my room, feeling properly cowed, and changed into an appropriately long skirt.

So, one of the women getting "bad vibes" for wearing shorts is refuted because some of the attendees wore skirts and slacks? And it's making fun of what the other women wear to wear a skirt? As usual, logic eludes Ham.

Then there is the standard ploy:


You know, it's interesting that atheists find our conferences and other meetings important and influential enough that they have to send people to attend to find out what's going on here. What are the atheists scared of?


The misinformation, demonization, and outright disdain they showed toward anyone who isn't a "Creationist" or "Christian" came shining through at the conference. Ken Ham may say, "Why are they so worried about us?" I would flip the question back to him. We were only two females who respectfully attended a conference and wrote about it. Atheists and "Nones" comprise less than 30% of the population while the majority of Americans call themselves "Christians" and nearly half the country believes in Creationism.

I'd add that creationists are always busy ... trying to keep children in public schools ignorant, to violate the Constitution, to turn America into a theocracy where their religious beliefs are enshrined in the civil law ... and it is always legitimate to study your opponents ... especially when all you have to do is go and listen to what they say in public.
Link - Posted by John Pieret @ 6:30 PM

Comments:
... especially when all you have to do is go and listen to what they say in public.