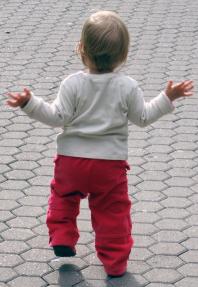 ... are better than going backwards.

The Supreme Court did pretty much what was expected. Section three of the oxymoronic Defense of Marriage Act, that penalized gay people married under applicable state law, which has always defined what "marriage" is, was struck down, basically on the "Federalist" grounds that the Federal government has no business interfering with state determinations as to what counts as "marriage."

But having held that, Justice Kennedy, who authored this decision (as well as Lawrence v. Texas, decided 10 years ago to the day, that struck down all sodomy laws), went on to use classic "Equal Protection" language, such as:


DOMA singles out a class of persons deemed by a State entitled to recognition and protection to enhance their own liberty. It imposes a disability on the class by refusing to acknowledge a status the State finds to be dignified and proper. DOMA instructs all federal officials, and indeed all persons with whom same-sex couples interact, including their own children, that their marriage is less worthy than the marriages of others.

This did not escape the (bitter) attention of Justice Scalia:


As far as this Court is concerned, no one should be fooled; it is just a matter of listening and waiting for the other shoe.

By formally declaring anyone opposed to same-sex marriage an enemy of human decency, the majority arms well every challenger to a state law restricting marriage to its traditional definition. Henceforth those challengers will lead with this Court's declaration that there is "no legitimate purpose" served by such a law, and will claim that the traditional definition has "the purpose and effect to disparage and to injure" the "personhood and dignity" of same-sex couples, see ante, at 25, 26. The majority's limiting assurance will be meaningless in the face of language like that, as the majority well knows. That is why the language is there.

Sneaking up slowly on a controversial (for the moment) issue is a tried and true tactic of SCOTUS.

On Prop 8, the Court punted, ruling the proponents of the initiative, who took over the case once California refused to appeal the Federal District Court ruling, had no standing. That leaves the District Court decision standing. However, that doesn't not mean that there isn't still a legal thicket to be cut through. But, if the bigots fight a desperate rear guard campaign to make it hard for homosexuals to marry on the grounds of the limited jurisdiction of the district court, they will, I think, disgust many of the people who didn't care enough about the issue to originally vote on Prop 8, sufficiently to make it easy to pass a full gay marriage initiative in California in 2014.

Naturally, the Religious Right is taking the whole thing just as well as would be expected. American United's blog, Wall of Separation, has a nice compendium of the early head explosions.

But the best of all was Michele Bachmann bleating that "Marriage was created by the hand of God. No man, not even a Supreme Court, can undo what a holy God has instituted" and other irrelevancies when it comes to the civil law, and Nancy Pelosi, asked about Bachmann's statement, shrugging and asking: Who cares?"

Hope and schadenfreude are a nice combination.
Link - Posted by John Pieret @ 9:07 PM

Comments:
Who can doubt that Scalia is indeed a enemy of human decency?

I wonder whether a future lawyer could cite Scalia's language in arguing for just that interpretation of the case? "As J. Scalia notes, this means ...".

Tom, I wouldn't be a bit surprised.