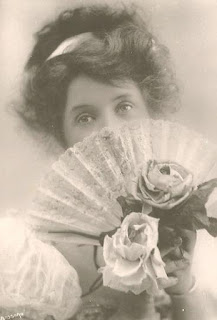 What she wants to flirt with is disaster for the fiscal health of the school system she is supposed to protect and advance. In short, she wants to institute the teaching of creationism in the public schools she is in charge of.

Now, at least, Kohls (a tea party activist) has leaned the 'nudge, nudge, wink, wink ... know what I mean?' ploy the Discovery [sic] Institute has been peddling for so long. Kohls is now claiming the so-called "critical thinking" policy the board is considering is something that would encourage "honest" debates about "the strengths and weaknesses of scientific issues."

She hadn't quite gotten the hang of it two years ago (can you say "Buckingham," boys and girls?) when the idea was first brought up:


"My input on creationism has everything with me being a parent and not a member of the Tea Party," she said. "We are motivated people who want to change the course of this country. Eliminating God from our public lives I think is a mistake and is why we have gone in the direction of spending beyond our means."

So much for this being about "critical thinking" or "strengths and weaknesses." As to the failure to teach creationism being why we have a deficit … and not the Bush tax cuts, along with not one but two (count 'em) wars at the same time ... what can anyone say but ... Boggle!!!!

P.S.: The good news is that students, parents and teachers seem to be pushing back.

Comments:
The stupid party is alive and "well" in Ohio.

And in many other states, it seems.

Don't make me think about that!