In a Quiet Place 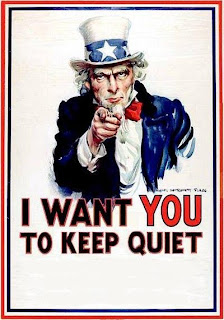 Heh! You know how wingnuts are claiming that they are being "censored" because they don't get "equal time" in the media to spew their hate?

Nobody, however, is using the power of government to stop them from speaking out and, in fact, their recent failures in regard to same sex marriage are, I think, due to their success in getting their message out ... and the disgust a growing majority of Americans have for their bigotry.

How about a real case of censorship?


Brian Sims (D-Philadelphia) took to the House floor on Thursday to discuss the high court's landmark ruling, which found the federal law barring the government from recognizing same-sex marriages legalized by states to be unconstitutional. However, as WHYY News and Philly.com report, Sims' remarks were blocked by several state lawmakers using a procedural maneuver.


Rep. Daryl Metcalfe (R-Butler), told WHYY that he believed Sims' comments would be a violation of "God's law."

As always, wingnut complaints of "censorship" are merely projection. They think that, because their first instinct is to stifle any dissent, everyone else has their warped view.
Link - Posted by John Pieret @ 10:33 AM