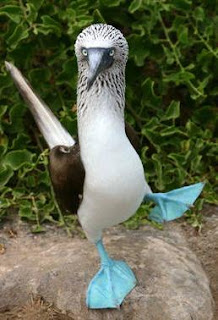 This summer, the university has received significant media attention over the issue of teaching intelligent design in the science classroom. As we turn our attention to final preparations for a new academic year, I want to be clear about the university's position on the questions these stories have raised. Let me emphasize that my comments are focused on what is appropriate in a public university classroom, not on the personal beliefs of faculty members.

Discussions of intelligent design and creation science can have their place at Ball State in humanities or social science courses. However, even in such contexts, faculty must avoid endorsing one point of view over others. The American Academy of Religion draws this distinction most clearly:

Creation science and intelligent design represent worldviews that fall outside of the realm of science that is defined as (and limited to) a method of inquiry based on gathering observable and measurable evidence subject to specific principles of reasoning. Creation science, intelligent design, and other worldviews that focus on speculation regarding the origins of life represent another important and relevant form of human inquiry that is appropriately studied in literature and social science courses. Such study, however, must include a diversity of worldviews representing a variety of religious and philosophical perspectives and must avoid privileging one view as more legitimate than others.

Teaching religious ideas in a science course is clearly not appropriate. Each professor has the responsibility to assign course materials and teach content in a manner consistent with the course description, curriculum, and relevant discipline. We are compelled to do so not only by the ethics of academic integrity but also by the best standards of our disciplines.

Courts that have considered intelligent design have concurred with the scientific community that it is a religious belief and not a scientific theory. As a public university, we have a constitutional obligation to maintain a clear separation between church and state. It is imperative that even when religious ideas are appropriately taught in humanities and social science courses, they must be discussed in comparison to each other, with no endorsement of one perspective over another.

These are extremely important issues. The trust and confidence of our students, the public, and the broader academic community are at stake. Our commitment to academic freedom is unflinching. However, it cannot be used as a shield to teach theories that have been rejected by the discipline under which a science course is taught. Our commitment to the best standards of each discipline being taught on this campus is equally unwavering. As I have said, this is an issue of academic integrity, not academic freedom. The best academic standards of the discipline must dictate course content.

Thank you for your attention to these important issues. Best wishes in your preparations for a new academic year. I look forward to seeing you at the fall convocation in just a few weeks. Sincerely,

Unsurprisingly, the Discoveryless Institute is less than pleased. When faced with adversity they naturally don't go back to the laboratory to support their "science," they do what they do best ... issue a press release.

It has all the hysteria we have come to expect from the scientists at the DI, with phrases like "a blatant attack on academic freedom;" "extremist atheist group, the Freedom from Religion Foundation" and so forth.

But this from Stephen Meyer, considering his history, is precious:


Students and the public are owed a genuine evaluation of the merits of ID, touching as the theory does on ultimate questions of life's origins. However, when scientific discussion is censored by a university, fair-minded evaluation becomes impossible.

Of course, Dr. Gora said nothing of the sort. She said that, if something is to be included in a science course, given that there is only so such time and resources even at a university, it should first be considered science by the consensus of scientists. While there is room for brief mention of extremely minority views in any science course, a course devoted almost entirely to such minority views as ID belong in a science curricula exactly as much as the "science" invoked in favor of geocentricism.

What's more, Dr. Gora specifically said that "intelligent design and creation science can have their place at Ball State in humanities or social science courses" but that, of course, is not good enough for the DI, probably because Dr. Gora went on to say: "even in such contexts, faculty must avoid endorsing one point of view over others."

The last thing that the DI wants is actual academic rigor applied to the origins of life ... much less ID.

Comments:
The last thing that the DI wants is actual academic rigor applied to the origins of life ... much less ID

Academic rigor at the DI - more honored in the breach than the observance, as they say.

"In the Orwellian world of Ball State's president, academic freedom apparently means only the 'freedom' to support the majority's view," said Dr. John West, associate director of the Center for Science & Culture. "This is exactly how the academic 'consensus' against the theory of intelligent design is maintained -- by intimidation, fiat, and legal threats."

I particularly enjoy the delicious irony of Dr West complaining about the suppression of free debate - from a website which demonstrates one of the few examples of DI rigor, the exclusion of commentary on their views.