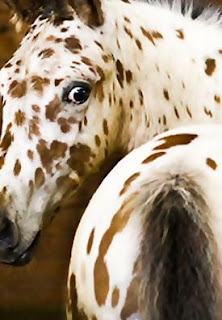 The Discovery [sic] Institute is showing its real colors again.

David Klinghoffer is accusing the Freedom from Religion Foundation of "a species of Holocaust denial -- a "lite" version, sure."

What is the FFRF's horrible crime? It has raised concerns that a Holocaust Memorial to be located on the grounds of the Ohio Statehouse and, apparently, paid for by the State, includes a very prominent Star of David. However, FFRF has said that it has not decided to file a suit in that regard.

In all honesty, I don't think that prominently featuring a Star of David in connection with the Holocaust is a violation of the Separation of Church and State. But FFRF is quite correct to point out that the Nazis singled out many other groups for the "Final Solution." There were, in fact, dozens of badges for those condemned to the camps and any state sponsored memorial should explicitly honor those groups as well; not just with a generic statement that "millions more Soviets, Poles, Slavs and homosexuals" also died. Those millions deserve a voice, a presence, a real memorial, too. That done, there will be little grounds to object to a Star of David.

The FFRF is not a "rabid atheist group" and Jerry Coyne has no reason to be ashamed of them. They are a group that is dedicated to the enforcement of everyones' Constitutional right to be free from governmentally imposed religion.

It is the ID that has been rabid, to the point of lying outright, penning dishonest books and dissembling about its motives.

"FOR THE FAKE ANGLO-SAXON MONARCHY"

for the FAKE ANGLO-SAXON MONARCHY

Try to stick to the meds as well.

He seems to have fixated on this post for some reason known only to the mentally ill. I've deleted his repetitive stuff here several more times than appears here.

It's almost an internet form of Tourette's.

an internet form of Tourette's

I think that may be the most accurate description of Dennis that I have ever heard.