Working in the Quote Mines 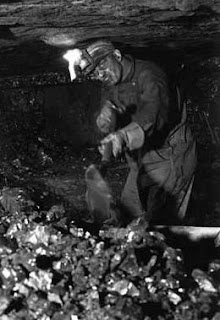 The Sensuous Curmudgeon has uncovered a quote mine new to me.


Nearly 40 years later Ernst Mayr, Ph.D. of Harvard, an outstanding evolutionist, declared: "The fact that the evolutionary theory is now so universally accepted is no proof of its correctness … the basic theory is in many instances hardly more than a postulate."

In my (mostly self-appointed) role as keeper of the quote mines, here is some more information on this:

As background, Mayr was discussing the time when, in the 1930s, "many dissenting theories were fused into a broad unified theory, the 'modern synthesis.'" He opines that the previous theories suffered from an attempt to explain evolution by "a single-factor theory," giving as examples Lamarck (internal self-improvement), Geoffroy (environmental induction of genetic change), Wagner (evolution by isolation), and De Vries (mutationalism). In addition to Darwinian natural selection, the synthesis included "concepts of mutation. variation, population, inheritance, isolation and species ..." According to Mayr (who not all scientists agree with) the main change was brought about by "[t]he replacement of typological thinking by population thinking."

Mayr goes on to write:


Recalling this history should make us cautious about the validity of our current beliefs. The fact that the synthetic theory is now nearly universally accepted is not itself proof of its correctness. It will serve as a warning to read with what scorn the mutationists (saltationists) in the first decade of this century attacked the contemporary naturalists for their belief in gradual changes and in the immense importance of the environment. ... [Emphasis added]

It is not until the following paragraph, that Mayr says:


The essentials of the modern theory [that is, the modern synthesis] are to such an extent consistent with the facts of genetics, systematics, and paleontology that one can hardly question their correctness. The basic framework of the theory is that evolution is a two-stage phenomenon: the production of variation and the sorting of the variants by natural selection. Yet agreement on this basic thesis does not mean that the work of the evolutionist is completed. The basic theory is in many instances hardly more than a postulate and its application raises numerous questions in almost every concrete case. [Emphasis added]

The quote miners are committing several sins here. First and foremost they are confusing the "modern synthesis," a theory about the mechanisms that cause evolution, with the fact of evolution (common descent). They even substituted [without any indication] "evolutionary theory" for "the synthetic theory" in the original. Mayr is in no way questioning the overwhelming evidence for common descent; he is only cautioning that our understanding of its mechanisms may change, as it has changed in the past.

Another sin is, as the Curmudgeon noted, that the ellipsis is hiding the stitching together of disparate thoughts ... a caution about falling too much in love with a theory about the mechanisms of evolution with another thought about the difficulty in applying any theory to particular, concrete, facts.

And then there is my particular bête noire: the nonexistent period. The quote miners put a period after "hardly more than a postulate" when, in fact, Mayr went on to say "and its application raises numerous questions in almost every concrete case." Not that the implication that the quote mine was a complete thought would have made any difference to their fellow creationists (thoughts, complete or otherwise, have nothing to do with them) but innocent passersby might, if they had been given the entire sentence or even an ellipsis, have had a glimmer of the quote miners' dishonesty.

The insertion of that period, when they are so otherwise free with ellipses, is what we lawyers call "evidence of the knowledge of guilt."
Link - Posted by John Pieret @ 11:33 PM