Well, As Long as You're Going to Be Reasonable About It! 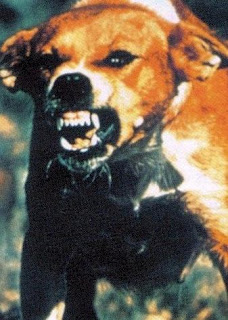 Even the folks at Focus on the Family may be waking up.


Focus on the Family spokesman Glenn Stanton, who called same-sex unions satanic, ironically told virulently anti-gay talk show host Janet Mefferd in an interview yesterday that the Religious Right should move away from the polarizing rhetoric of Jerry Falwell, Pat Robertson and James Dobson, the founder of Focus. ...

Stanton said that activists who aren't "fire breathing" conservatives are having a stronger appeal, such as the late Chuck Colson: "People aren't reacting against that, they are reacting against certain manifestations of the culture war and in some sense we can say you know what some of those things were fine for the 70s but we are in a new age and we need to address these issues in truth and in a very different kind of way. I think Chuck Colson, who we don't have anymore, was a wonderful example of that kind of thing.

As Right Wing Watch goes on to point out, that was the same Chuck (Look Out Grandma!) Colson who said "gay marriage invites terrorist attacks, gravely damages children, leads to the end of democracy and a Nazi-style dictatorship and unleashes 'cultural Armageddon,' and longed for the day when homosexuality was condemned as 'sexually deviant' and ' shameful and embarrassing.'"

Right! Toning down the rhetoric!

Why all this "concern"? It seems that they are beginning to lose their own flocks!

According to a study reported by HuffPo:


Researchers at Baylor University found that 24 percent of evangelicals were "ambivalent," meaning they support civil unions or legal recognition of gay relationships, despite harboring a moral opposition to homosexuality.

"What you have is this increase in people coming out publicly and saying, 'I don't want to be a part of this anti-gay rights movement as an evangelical,'" said Lydia Bean, assistant professor of sociology at Baylor and co-author of the study.

What seems to be potentially interesting is that 41 percent of evangelicals lean toward being the foaming-at-the-mouth culture warriors we have come to know and love as just about the biggest reason for the amazing turnaround we've experienced in public opinion concerning gay marriage and gay rights in general. Bull Connor, George Wallace and Lester Maddox did nearly as much, in their own way, to rally public opinion in favor of civil rights as did Martin Luther King. The virulent anti-gays are doing the same.

Another 35 percent of evangelicals are "Cultural Progressives," who "remain on the outside rim of the evangelical subculture." But the 24 percent, called "Ambivalent Evangelicals" (or "Messy Middle"), "are more likely to be married, have lower levels of education, attend church more frequently, identify as born-again Christians and read their Bible more often."

In short, they are the natural fodder for the rabid culture warriors and, likely, a large percentage of their parishioners.

And they are getting tired of it!

The culture warriors' influence, financially (the donation plate) and politically (reliably turning out the voting hordes), may be slipping away as more and more people realize that you don't act "godly" by denying the basic rights of others.

In the end, this from the HuffPo piece is funny:


Glenn Stanton, director for Family Formation Studies at Focus on the Family, said the Messy Middle is a group without a well-tested conviction. He said it's not hard to understand why young evangelicals become ambivalent toward homosexuality, because of how conservatives are portrayed on sitcoms and in the news.

"Conservative people who are opposed to gay issues are just seen as bigoted bumpkins," Stanton said. "How are you not going to hold that position?"

Ummm ... maybe you could stop being bigoted bumpkins?
Link - Posted by John Pieret @ 4:02 AM