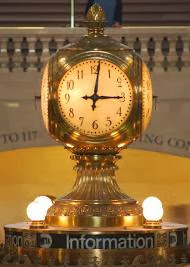 Here's something handy: Darwin's Doubt Critical Reviews, which is aggregating, as the name implies, critical (i.e. honest) reviews of Stephen Meyer's recent book and other supporting information, such as explanations of just what "information" is and takedowns of stuff that Meyer mentions prominently, such as Douglas Axe's protein folding "problem."


It [Marshall's disappointment in the book] stems from Meyer's systematic failure of scholarship. For instance, while I was flattered to find him quote one of my own review papers*—although the quote is actually a chimera drawn from two very different parts of my review—he fails to even mention the review's (and many other papers') central point: that new genes did not drive the Cambrian explosion. His scholarship, where it matters most, is highly selective.

That's the same "chimera" (a polite term for "quote mine") that John Farrell revealed in his review of the book in National Review.

Casey Luskin tried to poo-poo the quote mine as merely an "alleged misuse of an ellipsis" but now we see that the author himself feels abused by Meyer.