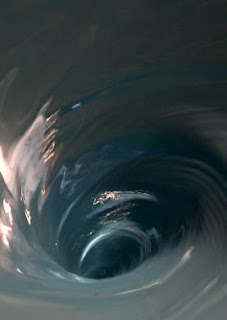 What more needs to be said?


"I understand the National Academy of Science's strong support of the theory of evolution," said Texas A&M University nutritionist Karen Beathard, one of the biology textbook reviewers. "At the same time, this is a theory. As an educator, parent and grandparent, I feel very firmly that creation science based on biblical principles should be incorporated into every biology book that is up for adoption."

That's right, one of the appointed members of Texas' textbook review panel wants to force biology textbooks used in the state to include, in clear violation of the Supreme Court's decision in Edwards v. Aguillard, "creation science."

Update: The blog of Americans United for Separation of Church and State, Wall of Separation, has more on the Texas Textbook Massacre, including links to Texas Freedom Network's report on the situation and a sampling of the crazy objections to the textbooks, including by Raymond Bohlin, a Fellow of the Center for Science & Culture, who pushes for both evolution and climate change denialism.

Comments:
ox·y·mo·ron (ks-môrn, -mr-)
n. pl. ox·y·mo·ra (-môr, -mr) or ox·y·mo·rons
A rhetorical figure in which incongruous or contradictory terms are combined, as in a deafening silence and a mournful optimist.

And, of course, advances in publishing and technology means that they can design any textbook they want, but it'll be for Texas only. No longer can they affect the rest of the country.
Interestingly, I was talking with a friend last night about this and how I think the rising Hispanic population would be one of the changes that could head off this stuff at some point, He expressed concern that many were conservative Catholic and might actually continue it.