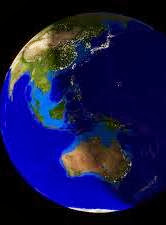 
Nonetheless, the contributors to this volume also think that Larry Laudan’s famous dismissal of the demarcation problem— almost three decades ago now— as an ill-conceived and even pernicious pseudoproblem, and of terms like “pseudoscience” as pieces of hollow rhetoric, was just as premature and misguided. Laudan may have forgotten Socrates’ lesson: even if we do not arrive at a neat and exceptionless formal definition of some X, based on a small set of necessary and jointly sufficient conditions, we may still come to learn a lot in the process. If we raise the bar for the demarcation project too high, settling for nothing less than a timeless and essential definition, a death pronouncement such as Laudan’s is all too easy to make.

If accurate, I am glad to see the philosophy of science community rejecting what I have long seen as Lauden's naïve dismissal of the possibility that we can know what science is and is not, just because there may be gray areas.


As Edmund Burke said in another context: "Though no man can draw a stroke between the confines of day and night, yet light and darkness are upon the whole tolerably distinguishable."1

Comments:
There an article at the NYTimes site: <A HREF="http://opinionator.blogs.nytimes.com/2013/10/10/the-dangers-of-pseudoscience/?smid=tw-share&_r=1>The Dangers of Pseudoscience</A>. It is by Pigliucci and Boudry, so presumably gives a summary of their views, though the other contributors to that volume might have different views.

Oops, failed to close a quote on the url. Sorry about that.

Not a problem. Here it is.

Philosophers of science have long recognized that there is nothing wrong with positing unobservable entities per se, it’s a question of what work such entities actually do within a given theoretical-empirical framework. Qi and meridians don’t seem to do any, and that doesn’t seem to bother supporters and practitioners of Chinese medicine. But it ought to.

The ID "designer" is equally workless.

Pigliucci has his introduction to the volume at his blog, "Rationally Speaking":

Here is another quotation from that:

"The lack of interest for pseudoscience in some philosophical quarters derives from the tacit assumption that some ideas and theories are so obviously wrong that they are not even worth arguing about. Pseudoscience is still too often considered a harmless pastime indulged in by a relatively small number of people with an unusual penchant for mystery worship. This is far from the truth. In the form of creationism and its challenges to the study of evolution, pseudoscience has done great damage to public education in the United States and elsewhere; it has swindled people of billions of dollars in the form of “alternative” medicine like homeopathy; it has caused a lot of emotional distress, for example, to people who are told by mystics and assorted charlatans that they can talk with their dead loved ones. Conspiracy theories about AIDS, which are widespread in many African countries and even in the United States, have literally killed countless human beings throughout the world. Denialism about climate change, which seems to be ineradicable in conservative political circles, may even help to bring about a worldwide catastrophe. Dangerous cults and sects such as Scientology, which are based on pseudoscientific belief systems, continue to attract followers and wreak havoc in people’s lives. Even apart from the very real consequences of pseudoscience, we should pause to consider the huge amount of intellectual resources that are wasted in shoring up discredited theories like creationism, homeopathy, and psychoanalysis, not to mention the never-ending quest for evidence of the paranormal and the indefatigable activism of conspiracy theorists."

For those who think pseudoscience a harmless pastime I have a name:

Any list of harmful pseudosciences should include the anti-vaccination movement.

Pseudosciences can be "harmless" ... reading an astrology column without doing anything different, thinking pretty crystals are also vaguely good for you ... that sort of stuff. But to surrender the category of pseudoscience when there are vaccine, climate change, evolution and many more science deniers is philosophically irresponsible.