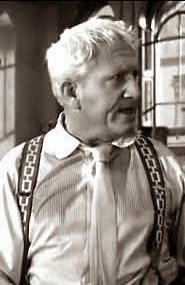 And so it goes:


An effort to overturn a new law allowing transgender students to choose which school restrooms they use and whether to play boys or girls sports got a boost Friday when a major player in the passage of California's now-defunct same-sex marriage ban threw its support behind the campaign.

The National Organization for Marriage announced it was working with another conservative group, the Capitol Resource Institute, to repeal the law at the ballot box. The marriage group provided early fundraising and organizing for the 2008 ballot initiative that outlawed same-sex marriages, known as Proposition 8.

But lest you think this is a grassroots reaction to the law:

The political strategist who ran the successful Proposition 8 campaign, Frank Schubert, has signed on to manage the referendum campaign. Noting that no one has ever qualified a referendum in California using only volunteers, Schubert said "it's a virtual certainty" the campaign will hire paid petition-circulators to supplement work already going on at churches statewide.

"We are actively talking with donors about helping to fund that," said Schubert "A referendum is a very hard thing to do. It's definitely an uphill thing."

So uphill is the campaign that Protect Marriage, long after the Prop 8 barn door has been shut, still wants an exemption from California's political campaign disclosure laws for the donors to the organization's future "campaigns regarding protecting marriage."

I'd almost have sympathy for that argument if there was significant harassment of small donors who gave over California's reporting threshold of one hundred dollars. But we all know that the idea is to protect big donors such as the Mormon and Catholic Churches.

Frank Schubert's statement about the trangender law is, however, illuminating:


This is not a law people support by a long-shot," he said. "This is an attempt to hijack an issue that may be legitimate for a small number of people and use it to impose a statewide mandate in pursuit of a larger political agenda ... to strip society of all gender norms so there is no difference between men and women.

Because, of course, there should be legal differences between male and female (and everything in between) human beings.

Henry Drummond may be fictional, but he is far more real than Schubert: "fanaticism and ignorance is forever busy, and needs feeding."

Comments:
Frank Schubert's statement about the trangender law is, however, illuminating:
This is not a law people support by a long-shot," he said. "This is an attempt to hijack an issue that may be legitimate for a small number of people and use it to impose a statewide mandate in pursuit of a larger political agenda ...

Not that Frank Schubert or his audience will care one jot, as they will rely on the religious victimization gambit, but John Stuart Mill's argument in On Liberty concerning the tyranny of the majority still holds good:

The "people" who exercise the power, are not always the same people with those over whom it is exercised, and the "self-government" spoken of, is not the government of each by himself, but of each by all the rest. The will of the people, moreover, practically means, the will of the most numerous or the most active part of the people; the majority, or those who succeed in making themselves accepted as the majority; the people, consequently, may desire to oppress a part of their number; and precautions are as much needed against this, as against any other abuse of power. The limitation, therefore, of the power of government over individuals, loses none of its importance when the holders of power are regularly accountable to the community, that is, to the strongest party therein.

Again, they're stirring up a tempest in a teapot. If they'd just let it go, they'd probably find the instances so few as to be negligible; hardly noticeable. They're the ones trumping it up into a seismic issue.