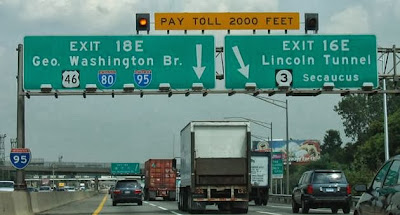 It is now all but certain that New Jersey will join 13 other states and the District of Columbia in permitting full marriage equality.

To its credit, New Jersey was an early adopter of "civil unions," a stopgap measure while public opinion caught up. In 2006, its Supreme Court ruled that the state must provide "full rights and benefits to samesex couples" as are given to opposite sex couples but gave the legislature the option to "either amend the marriage statutes to include same-sex couples or create a parallel statutory structure, which will provide for, on equal terms, the rights and benefits enjoyed and burdens and obligations borne by married couples." The legislature chose "civil unions."

Now, a state court judge has ruled that the state, starting October 21, 2013, must issue marriage licenses to same sex couples. Governor Chris Christie sought a stay of the lower court decision in the state's Supreme Court, which was denied. Therefore, gay marriages can begin sometime next week.

While the Supreme Court will still hear the full appeal, its justification for denying the stay leaves little doubt that, barring some last-minute genius argument on the part of the state, gay marriage will certainly become a full reality in New Jersey. The Court ruled unanimously that "the State has not shown a reasonable probability of success on the merits" of the appeal. In other words, the state has lost but the Court will go through the motions.

The logic is impeccable. Having ruled that same sex couples must be given, under the State Constitution, the "full rights and benefits" of marriage, when the US Supreme Court overturned the key provision of the Defense of Marriage Act in US v. Windsor and required the Federal government to give all Federal benefits to couples, same sex and opposite sex, who are legally married under state law, those in "civil unions" were deprived of benefits that married opposite sex couple receive. It was no longer a Federal law that created this disparity but the state's civil union statute and, therefore, the civil union statute violates New Jersey's Constitution.

A few points to be remembered: since this ruling depends on the State Constitution, it is not subject to review by the Federal courts, short of overturning Windsor itself and reinstating DOMA ... a possibility too remote to be taken seriously.

Furthermore, this result is the best thing that could happen to Christie. He had vetoed a same sex marriage law passed by the state legislature and, while his gubernatorial reelection is in no doubt, the issue could have dogged any future campaign for national office he may run. On his right, he can truthfully point to his opposition to same sex marriage and even throw in something about "judicial activism." On his left, one volatile issue has been removed.

Update: Gov. Christie has dropped the appeal ... possibly taking a swipe at someone at the same time:


The governor concluded that, legally, he was out of arguments, and that it would be what one aide called a “fool’s errand” to continue in the face of almost certain failure.

Hmmmm! Who in recent memory does that remind you of?

Comments:
It's one thing for a state to have gay marriage, but are you sure you want to be so bold as to say that Jersey is now part of the civilized world?

... are you sure you want to be so bold as to say that Jersey is now part of the civilized world?

Oh, hell ... there is no such thing as a truly civilized world. We can only congratulate the times when we inch toward one.

I'm just saying, they allow gay marriage...but they're also the state that gave us Snooki

Fortunately, I, at least, am too civilized to watch that show.

Frank Sinatra and Count Basie are from New Jersey which (for me, anyway) is a big plus.

On the other hand, so are Judges Alito and Scalia which is not so much.