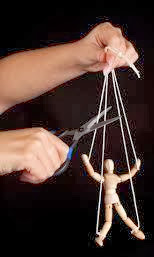 David Klinghoffer, one of the more (though unintentionally) honest of the Discovery [sic] Institute crowd, has an amusing post at the DI's propaganda outlet.

It seems that Neanderthals made string ... ergo God!


[Bruce] Hardy and his colleagues have found slender, 0.7-millimetre-long plant fibres that are twisted together near some stone artefacts at a site in south-east France that was occupied by Neanderthals 90,000 years ago. Such fibres are not twisted together in nature, says the team, suggesting that the Neanderthals were responsible (Quaternary Science Reviews, doi.org/pzx).

"If they are indeed remnants of string or cordage, then they would be the earliest direct evidence of string," says Hardy. "Albeit very fragmentary evidence."

At 90,000 years old, the material purported to be string predates the arrival of Homo sapiens in Europe.

Note the sentence in bold. Plant fibers twisted together are evidence of intelligent design, since such a pattern defies explanation by reference to unguided natural processes of chance and necessity. It reflects intention and creativity. But DNA strands twisted together and bearing the encoded genetic information vital to life -- oh sure, nature had no difficulty coming up with that one.

Oh, let's see how this works. Humans (Neanderthals were close to, if not the same, species as us) appear to have taken a product of nature (plant fibers) and did something to them ... mechanically twisted them ... something that we can not only reproduce but can understand the reason for. It only "defies explanation by reference to unguided natural processes" if you assume that humans or our near relatives aren't also a result of unguided natural processes. In other words, if you run in such tight logical circles that there is a real danger of disappearing up your own ass.

On the other hand, the "designer" somehow, in some unexplained and unexplainable way, "twisted together," at some unknown time and place, by unknown means, DNA that nonetheless now, inexplicably, operates by the ordinary and well understood principles of chemical bonding.

Yeah! How alike those propositions are!

Comments:
That logic is just...twisted.

The DI regularly ties itself up in knots but it seems unlikely they would do it by design and it hardly implies intelligence.

As I often say, when real scientists use a "design argument" they use it (1) only as a shortcut explanation (and the only one needed, e.g. to convict a crime suspect), and (2) only when they have independent evidence of designers near the expected that level of intelligence. And even then they proceed to state and test what the designer did, when and how. The DI has and does none of that, and uses "design" only as a scam to fool the public and distract critics.

Yup. We have a pretty good idea how the Neanderthaler did it, which means he/she used and which procedure he/she followed. Could Klingy pleas provide similar suggestions for god-made-the-DNA-string? You see, if he wants to use an analogy he either has to point out the differences or go for the full monty.

Let us, for the sake of argument, grant that such-and-such is intelligently designed.

The question that I have is whether saying "it is intelligently designed" is ever considered an adequate answer to a question about such-and-such.

Yet who would accept the answer to my question about the smile of the Mona Lisa: "There is a smile on the Mona Lisa because it is intelligently designed"?

Sheets of paper, designed and manufactured by Homo sapiens, are, well, sheets. Laminae of shale are also sheets. Therefore, shale laminae are evidence of intelligent design.
I think there is a fallacy in such analogies. DNA has no similarity to cordage other than being longer than it is wide and being twisted.