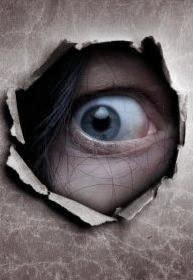 From the the U.S. Conference of Catholic Bishops about the Employment Non-Discrimination Act ["ENDA"]:


Why is the absence of a distinction between same-sex sexual conduct and same-sex attraction in ENDA problematic?

So, basically, the bishops think it is fine for all employers to discriminate against anyone who has sex outside of marriage?

Maybe I'd take this better if the bishops and the Vatican had shown any indication that they took pedophile priests having sex outside of marriage more seriously.

Comments:
Notice the quick slide from "discrimination" to mere "disapproval".

Disapproval is a private matter. No law could conceivably prevent or punish it. Discrimination is a public matter.

These are not difficult concepts.

Their justification for discrimination also extends to (married) couples who use contraception. Of course that's harder to detect. Unless you're buying your Pill or IUD on your employee health plan. Which as we've seen, good Christian employers totally shouldn't have to allow.

If Pope Frank wants to make good on his tentative liberal-sounding hints, he could start by telling the USCCB to STFU and stop trying to impose Catholic teaching on public policy.

I should also point out that the church does not recognize all civilly legal marriages. For example, if you get a divorce and remarry, but couldn't get the first marriage annulled the Church won't recognize the 2nd marriage. So, as far as the Church goes this situation would seem to be no different than same sex marriage, a union recognized by the law but not the Church. Presumably according to this doctrine you are able to be discriminated on that basis in either case. Just like the argument against requiring health insurance to cover contraception, I presume they also want to be able to fire you from a Catholic hospital or charity for living in sin if you remarry.

I think the Catholic Church does take the issue of pedophile priests seriously now but only because it's being given much greater coverage in the press. Human nature hasn't changed. I doubt the prevalence of pedophilia has changed between now and when Richard Dawkins was a young boy. Then the Church could quietly ignore it or sweep it hastily under the carpet on the very rare occasions it did come to light. I suspect it still would if it could. Hypocrisy thy name is religious vanity.