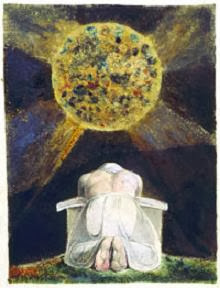 As National Public Radio said this morning "If you blink, you are going to miss a state that becomes the next state to recognize marriage for same sex couples."

New Mexico's Supreme Court has ruled that, based on its state constitution (making it immune to Federal court review but not to attempts to change its constitution), that "the State of New Mexico is constitutionally required to allow same-gender couples to marry and must extend to them the rights, protections, and responsibilities that derive from civil marriage under New Mexico law."

In Utah, a Federal judge has ruled that Utah's 2004 state constitutional ban of same sex marriage violates the Federal guarantees of Due Process and Equal Protection.

Both decisions shred the usual talking points of the bigots about same sex marriage. The Utah decision in particular takes on the claims that denying same sex marriage doesn't abridge gays' fundamental right to marry because they are still at liberty to marry a person of the opposite sex and that gays are really seeking a new right to same sex marriage, not access to an existing right. Both eviscerate the claim that marriage is or should be restricted to those who can "naturally" procreate.

The Utah decision can be, eventually, appealed to the Supreme Court but, beyond the excellent analysis of Judge Shelby in his decision*, the state will have to overcome the "sea change" in America itself. As NPR points out, at the beginning of the year, 14% of Americans lived in jurisdictions that permitted same sex marriage, at year's end that will be 38%. Jeffrey Toobin notes that the Mormon Church's reaction was "practically apologetic in its disagreement with the decision."


The Church has been consistent in its support of traditional marriage while teaching that all people should be treated with respect. This ruling by a district court will work its way through the judicial process. We continue to believe that voters in Utah did the right thing by providing clear direction in the state constitution that marriage should be between a man and a woman and we are hopeful that this view will be validated by a higher court.

It has been said that the Supreme Court decides cases on the law but, nonetheless, it reads the newspapers. Roe v. Wade may have been one of the very few cases where the court either didn't read the newspapers or misinterpreted them and got out ahead of where Americans were socially. The tea leaves are not nearly so hard to read now. I predict that, should the Utah decision reach the Supreme Court, it will be upheld and not by a bare 5-4 majority.

* As Jeffrey Toobin, in his New Yorker piece deliciously noted:


Shelby also took note of Scalia's dissent in this year's Windsor case, which struck down the Defense of Marriage Act. Scalia wrote, "the real rationale of today's opinion…is that DOMA is motivated by 'bare…desire to harm' couples in same-sex marriages. How easy it is, indeed how inevitable, to reach the same conclusion with regard to state laws denying same-sex couples marital status." Shelby noted dryly, "The court agrees with Justice Scalia's interpretation of Windsor."

Comments:
The events in Utah have been quite entertaining.

This is all reminding me of the old story of King Canute ordering the tide to recede. The issue is clearly settled in the public mind, and it is just a matter of the tide flowing into a few more places.

No, no! It's King Tony Perkins who is saying “the tide may already be turning” ... [giggle].

The tide of history is turning alright and it's going to roll right over Perkins and his ilk.

And I won't lift so much as a finger to throw them a lifeline.

Strictly speaking, no Church conducts a 'wedding'. They conduct a ceremonial rite of matrimony by whatever name they choose.

And in most places, that ceremonial rite is accepted by the State as a valid substitute for the civil ceremony of marriage, which is a secular ceremony which can be completed at City Hall, and administered by any clerk.

We see spokespeople for various religious institutions using the word "marriage" interchangeably for the rite of matrimony. This needs to stop. Marriage is a secular civil institution.

And this distinction should be happily acceptable to most Churches. Because it should mean that they can indeed define who is or is not eligible for their rite of matrimony with no interference by the State, ie, they will never have to have a gay wedding in their church if they don't want to.

And this distinction should be happily acceptable to most Churches.

Except you are forgetting that churches are in the business of telling the rest of us what to think and do ... with smug self-confidence. Take away that air of authority and make them just an arm of the state or a keeper of one (out of many) traditional rites and what have they left?

After all, here in the US they already are immune from being forced to perform marriage rites they don't want to but that's not good enough for them.