Coming By It Naturally 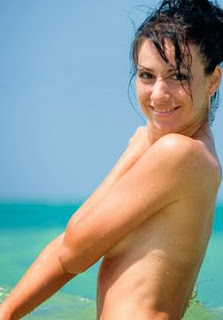 John Wilkins, the inestimable but resolutely antipodean philosopher of science, has a nice article up on What is "nature"? As John notes:


Many critics of science, including Christian philosophers like Alvin Plantinga and William Lane Craig, attack something they call "naturalism", the view that the natural world is all there is. As Papineau notes in the Stanford Encyclopedia of Philosophy entry, the term has no very precise meaning in philosophy, or in science. However, as he goes on to note, there are two streams: ontological naturalism (the view that all that is, is natural) and methodological naturalism (the view that all that can be known can be known via natural methodologies such as scientific method). ...

"Nature", however, is often held to exclude the "supernatural", which is defined against the natural. If nature is all there is and their properties, then the supernatural doesn't exist, or is propertyless. This cannot be the view Plantinga and Craig wish to defend, so the question remains: what is nature? Mill goes on to note that the natural is regular and lawful, that it behaves in ways which are predictable. ...

John goes on to discuss other aspects of "nature" and its modern uses, so go and read it.

Why do I bring it up? Well, as one who argues often over philosophy, and particularly its relation to science, it is comforting to know that professional philosophers basically agree that you are not a complete dufus.
Link - Posted by John Pieret @ 10:31 AM

Comments:
A most estimable piece I agree and, once again, I find myself largely in agreement with J Wilkins and J S Mill. If something exists such that it has a discernable nature then it is natural and that would include ghosts, ghouls and gods.

Being a simple guy I always have had trouble to understand the difference between materialism and naturalism. For me as a teacher physics it's obvious that everything that can be observed in our Universe (neglecting practical problems) ie everything in nature consists of matter/energy. There may or may not be more to it (I think not). Call it a transcendental reality if you like, which seems to be the last fashionable terminology.
But maybe it's because I'm Dutch. The Dutch word for physics is natuurkunde - science or knowledge of nature.
So in my opinion it would be handy if naturalism would refer to the scientific method and materialism would be synonym with ontological naturalism.
Then we possibly all would know what we're talking about.

PS: the Anonymous post above is mine as well.