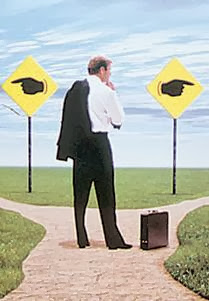 There is an interesting critique at Evolution New & Views, the Discovery Institute's propaganda outlet, of an article in First Things, a conservative Christian publication founded by Richard John Neuhaus, who was a Lutheran pastor who became a Roman Catholic priest. The article, by Stephen Meredith and entitled "Looking for God in All the Wrong Places," is behind a paywall I have no desire to penetrate.

What I find interesting is the DI's criticism of it, in the person of Michael Flannery.

According to Flannery, Meredith's thesis is that "Darwin's rejection of religion was based mainly on a narrow definition of it: the dubious religious doctrine of a six-thousand-year-old earth and the constancy of species since creation." Flannery, on the other hand, insists that "Darwin's views on theism generally and Christianity specifically were much broader and pervasive than a mere rejection of the design argument of William Paley (1743-1805) or the 6,000-year-old earth of Archbishop Ussher (1581-1656)."

Again, I'm not interested in who is right about that, though Flannery is probably closer to the truth, if he is fairly representing Meredith's position. Darwin was, self-admittedly, confused about his position on theism and his stated views changed frequently over time. All of that was further masked by his desire not to cause pain to his Unitarian wife (who, therefore, was not a True Christian™ by our modern Religious Right's "standards") .

This is where it gets interesting:


This leads to the second key point. A theory like Darwin's that purports to explain all of nature and of life itself cannot be separated from the metaphysical commitments of its founder.

Really? So Protestantism can't be separated from Martin Luther's anti-Semitism?

Flannery goes on to babble about the supposed differences between "begotten" versus "made" that somehow makes methodological naturalism "inherent in the theory [of evolution] itself," presumably as opposed to Newton's theory of gravity which, though Newton allowed the possibility that God's angels might have to adjust the Solar system at times, never invoked anything but natural forces to explain gravity or its effects. Long before Darwin scientists had been invoking methodological naturalism; Darwin just had the "misfortune" to make it work for that most central issue of our egocentric species, showing how we could have arisen without being the special pet of some superior being.

And then the money quote from Flannery:


... Meredith's downplaying of Darwin's religious views as a mere rejection of the young earth design argument à la William Paley is seriously misleading. Meredith winds up serving as an apologist for methodological naturalism at the expense of viable theism. He isn't the first to be so deluded. What apparently is true of God and money is also true of God and Darwinism: "No one can serve two masters" (Mattew [sic] 6:24).

And since "Darwinism" is the DI's code word for "modern evolutionary science" we can translate that to "no one can serve both science and God." Thus, Stephen Meyer, Casey Luskin, David Klinghoffer, William Dembsky and all the other admitted theists in the ID movement, despite their frequent claims to the contrary, cannot serve science by actually doing it; they are only "serving" God by pretending to do it ... and lying about it! Other Christians, for example, Ken Miller, have no problem serving both science and theism ... in their proper forums! But not IDers ... all they're concerned with is keeping theism "viable" against the pernicious influence of nasty science!

Once again, thanks for the confirmation that ID has nothing to do with science but is, instead, a dishonest attempt to circumvent the Constitution of the US and sneak sectarian religious instruction into public schools at taxpayer expense.

But, then again, they told us all that in the Wedge Document, didn't they?

Comments:
You flubbed the link to Flannery's critique.

Personally, I think the ID people get the theology wrong, too. What is it about their supposedly omnipotent God, that he could not use evolution as his method of design?

In fairness (sort of), the design folks square this particular circle by asserting that Darwinism isn't science. This rather ingenious move involves both insisting on a distinction between science and metaphysics, but placing it elsewhere than it is usually placed.

By contrast, design theorists are drawing the distinction in a different place, since they want to draw the distinction between science and metaphysics right at the border between the observable (which includes speciation-events) and the posited ("macroevolution", in their sense).

The faint whiff of bullshit becomes stronger when one realizes that, in order to have all of their cake and still not eat any of it -- that is, take on board all of population genetics and still deny that "unguided" macroevolution is the most reasonable abductive hypothesis from the converging lines of evidence -- they must do the one thing that they cannot do, and that is defend the old, Aristotelian/Scholastic/creationist concept of a "kind".

They must do this in order to draw the line between "microevolution" and "macroevolution" where they want to draw it, and so draw the line between science and metaphysics where they want to draw it, but they cannot do that without ceasing to pretend to be anything other than "creationism in a cheap tuxedo" -- and the entire cultural-political gambit of "the design movement" depends on pretending to not be creationism in a cheap tuxedo.

What is it about their supposedly omnipotent God, that he could not use evolution as his method of design?

The damn fool "authored" a book saying he did it all by 'poof.'

they must do the one thing that they cannot do, and that is defend the old, Aristotelian/Scholastic/creationist concept of a "kind."

Even there they waffle, as long as "kind" includes human beings, if nothing else.

"they told us all that in the Wedge Document, didn't they? "
Indeed I was going to tell you exactly this. Still I have a slightly different interpretation. The IDers hold that science must be more than or different from methodological naturalism. That's wrong of course because methodological naturalism is basically a synonym for the scientific method. So what they basically say is this: "when the results of scientific research conflict with theology (whatever that theology is - MNb) then science is wrong." Of course they don't admit it and that won't surprise anybody.

If you'd like to read the First Things article, e-mail me.