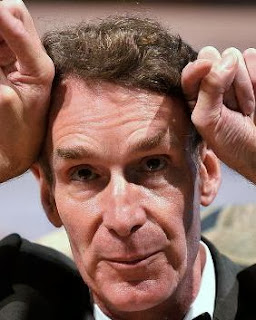 
Convincing people to reject evolution—and the Big Bang, the age of the earth, and many other mainstream scientific ideas—was accomplished in part by portraying the scientific community as a cabal of elitist, politically motivated secularists conspiring with the assistance of Satan to undermine the traditional values of American Christians. This view of the scientific community resonated with conservative Protestants, bewildered by a world that they once controlled but that now seemed to be leaving them and their values behind. Such a view provides a reason to reject so-called "expertise" in favor of homey assurances that everything they needed to know about origins is in the Bible.

Just as it has always been.

Comments:
This doesn't really apply to Dutch creationists (yes, we have a Bible Belt too - it's even on English Wikipedia). They had a quarrel about literalism and Bibilican origin stories back in the early 1920's. It's called the Geelkerken Affair and had not much to do with scientific elitism.
So I suspect it's the other way round: first came literalism, then dismissing scientific elitism.

Interesting. I was unaware (but not all that surprised) that the Dutch had gone through something similar to the rise of Fundamentalism in the US. If this summary of a doctoral thesis by HH Kruyswijk is correct, it seems that American Fundamentalism and literalism in the Reformed Churches in the Netherlands paralleled each other in many aspects.

American Fundamentalism was initially a reaction to a different "elite," the literary scholars who founded the "Higher Criticism" of the Bible. At first, the Fundamentalists were somewhat ambivalent about Darwinian evolution but soon came to see it as an even greater threat than Higher Criticism. In the aftermath of WWI, which William Jennings Bryan thought was fueled by German belief in "the survival of the fittest," the populist belief that scientists were an "elite" out to destroy Biblical belief was firmly entrenched and there was a broad effort to outlaw its teaching in public schools. Ironically, despite the Scopes trial being widely viewed as a defeat for Fundamentalism and the end of serious attempts to outlaw the teaching of evolution, evolution was quietly dropped from American biology textbooks. It was the launch of Sputnik and the hysteria that we might be falling behind the USSR in science that brought evolution education back into public schools and sparked present-day YEC, beginning with Morris' The Genesis Flood.