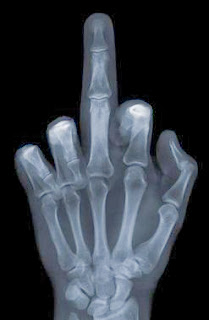 I recently wrote about the bill introduced in the South Dakota legislature that consisted of a single sentence:


No school board or school administrator may prohibit a teacher in public or nonpublic school from providing instruction on intelligent design or other related topics.

I speculated that the Discovery [sic] Institute might not like it because, if a local teacher started to teach ID and went over the line into proselytizing, the DI would have cover from any court invalidating what the teacher was doing by saying that he or she didn't "understand" ID and, therefore, the decision didn't affect ID as it was "supposed" to be presented. However, if the school district or board defended itself on the basis it could not stop the teacher because of the law, the focus would shift to whether ID itself is religious in nature and the DI could be faced with another "Dover Disaster."

What's more, the Kitzmiller case was never appealed because the creationist board members were defeated in an election shortly before Judge Jones rendered his decision. Avoiding an appeal is less likely in the case of a statewide law and the last thing the DI wants is to compound the Dover Disaster with a Circuit Court of Appeals or (Designer forbid!) a Supreme Court decision that ID is a religious argument.

My conclusion was: "It will be an interesting test of how vulnerable the DI feels to see their reaction to this bill."

I think we now have our answer. As the San Francisco Chronicle has reported, the bill has been killed by the South Dakota Senate Education Committee at the request of the sponsor:


The measure's main sponsor, Sen. Jeff Monroe, R- Pierre, said he had to scrap the bill because it was badly written but didn't elaborate. He said supporters from across the nation have said there are far better ways to address the issue, but he declined to say what he might do in the future. [Emphasis added]

Dollars to donuts, Sen. Monroe will soon be introducing a bill closely following the DI's "sample academic freedom bill," which should remove any possible doubt as to just who those "supporters from across the nation" were.

Update: You can hear an interview with Monroe where he says:


I wanted students in high school and college both to … you know … to hear both sides of the story, whether its global warming or environmentalism or evolution versus creationism.

Its too late in the session for him to bring a new bill so we'll have to wait until next year to see what he'll come up with (as if we didn't already know!).

Another example of the Rev. Dr. Lenny Flank's law: "The ability of a creationist to shut his mouth about creationism's religious motive is inversely proportional to the legal necessity of their doing so."