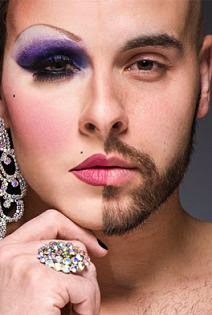 
[A] very interesting and revealing statement came from Pennsylvania's attorney general, that is, Attorney General Kathleen Kane. She previously had announcement [sic] she wouldn't seek to defend the ban on same-sex marriage in court, and yet on Tuesday, she tweeted, "Today in Pennsylvania the Constitution prevailed. Inequality in any form is unacceptable and it has never stood the test of time." Let's just note something very carefully. This is a very un-nuanced statement. ... the attorney general of Pennsylvania can't possibly mean what she wrote. When she says, "Inequality in any form is unacceptable," does she means then that any romantic relationship is to have an equal status with heterosexual marriage? Of course she doesn't mean that, but that's exactly what she stated. And furthermore, it just may be that the logic that is set loose in terms of the legalization of same-sex marriage means that the logic that she certainly did not mean to imply may nonetheless be inevitable given the kind of revolution and morality that she, along with so many others, have helped to bring to pass. They have opened Pandora's Box. Once opened, it is very hard to see how it can ever be closed.

This is, of course, the tired Religious Right argument that, if you allow same-sex marriage, that will invariably lead to marriages of pedophiles to children, people to animals, fathers/mothers to sons/daughters or (gasp!) the kind of polygamy that Abraham, David and Solomon, "godly" people all, practiced in the Bible.

The operative word in the tweet was "inequality." Neither pedophiles nor practitioners of bestiality are dealing with equals.

As to incest, which is not the same thing as child sex abuse, the main argument against it is the genetic damage to offspring. Since we can now (mostly) control procreation, incest is a more nuanced issue but still not an equivalent argument to same-sex marriage.

Polygamy is even a more doubtful case. Again, we are (or should be) talking about relationships between equals. But later in the Mohler's post, he says, of an article in the New York Times by Charles M. Blow (arguing that poverty is relieved by all sorts of "loving families" and not just what is laughingly known as "traditional families"):


Well I don't think Charles Blow is going to make an argument for those who are practicing polygamy in the American Southwest.

No doubt Mohler is referring to Warren Jeffs who was convicted not of the "crime" of polygamy but of sexual assault and aggravated sexual assault of children! No rational person equates relationships between multiple consenting adults with child molestation ... do they?

I apologize for my seeming obsession with Mohler but he presents me with an interesting case study. He is generally articulate (compared to other Religious Right wingnuts, at least) and sometimes makes (at least tenuous) sense.

He seems to me to be betwixt and between and, therefore, worth watching.
Link - Posted by John Pieret @ 12:41 AM