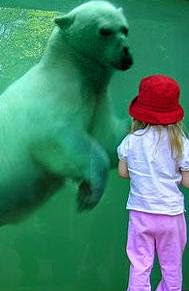 
I'm beginning to think, are re-education camps next? When are they going to start rolling out the boxcars to start hauling off Christians?

Meanwhile, Republican candidate for Oklahoma's state house of representatives, Scott Esk, having advocated stoning gay people to death in a Facebook post last year, defended the idea, writing that such a plan is "totally just" because he has "some very huge moral misgivings about those kinds of sins."

So, let's see ... Christians are taken to court where they have rights to counsel and due process and that is a harbinger of boxcars to death camps ... but Christian candidates for public office can advocate stoning gays to death and ... well, have you heard any great hysterical outcry from the Religious Right against Scott Esk? No, me neither.

Comments:
These people's chief injury is the oppressive lack of persecution.

Ah ha! You have stumbled on the evil gayhomo/mooslim/commie/fascist/liiibrul plan to persecute Christians by not persecuting them at all!

When are they going to start rolling out the boxcars to start hauling off Christians?

You think American Christians have had it hard? Wait 'til you face - The Comfy Chair!