Wisconsin State ... Come On Down! 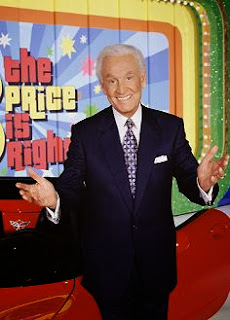 A Federal District Court judge in Wisconsin is the latest in a long line who has overturned anti-equality laws and state constitutional measures on the issue of same-sex marriage in a case entitled Wolf v. Walker. Based on only my informal and cursory survey of these decisions, Judge Barbara B. Crabb's may be the most learned and (legally speaking) scholarly of the bunch.

As I've said before, however, the most important part of these decisions may not be the legal reasoning, nor the sometimes soaring judicial rhetoric about freedom, but the stories of the basic humanity of the people involved. Judge Crabb says little about the gay plaintiffs involved and indulges in even less soaring rhetoric but there is a bit of neat legal reasoning that I'll highlight.

Wisconsin Family Action (you all know what "family" in an organization's name means!) filed an amicus brief in favor of Wisconsin's law and amendment to the state constitution and against same sex marriage. Naturally, it contained all the pretenses the religious right have put forward to avoid their real objection to gay marriage, namely that it is icky and because "God said so," which they know are losing legal arguments. Judge Crabb dealt with those arguments at length. Reading the decision is worth it for her evisceration of them all. But this one was particularly neat:


Although amici try to rely on the inherent "nature" of marriage as a way to distinguish anti-miscegenation laws from Wisconsin's marriage amendment, the argument simply reveals another similarity between the objections to interracial marriage and amici's objections to same-sex marriage. In the past, many believed that racial mixing was just as unnatural and antithetical to marriage as amici believe homosexuality is today.

Judge Crabb quotes Mildred Loving as stating that "[t]he majority believed . . . that it was God's plan to keep people apart and that the government should discriminate against people in love" but that she believes that "all Americans, no matter their race, no matter their sex, no matter their sexual orientation, should have that same freedom to marry" and goes on to say:


Although amici may believe that a particular sex is more "essential" to marriage than a particular race, this may reveal nothing more than amici's own views about what seems familiar and natural. ...

Even if I assume that amici are correct that the condemnation against miscegenation was not as "universal" as it has been against same-sex marriage, the logical conclusion of amici's argument suggests that the Supreme Court would have been compelled to uphold bans on interracial marriage if the opposition to them had been even stronger or more consistent. Of course, the Court's holding in Loving did not rest on a "loophole" that interracial marriage had been legal in some places during some times.